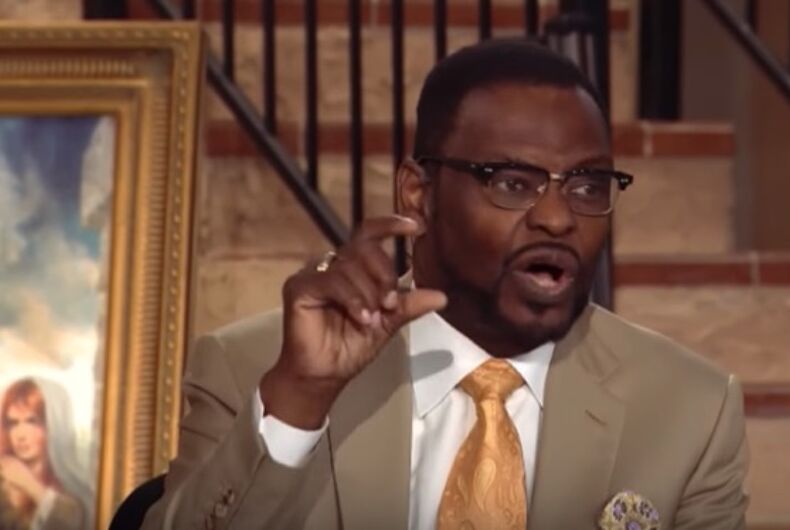 One of America’s most vocal anti-LGBTQ pastors – and an “evangelical advisor” to Donald Trump – has died at age 66, just weeks after attending the White House super-spreader event in September.

He was one of several prominent conservative Christians to attend the infamous September 26 gathering in the White House Rose Garden where Trump announced the nomination of Amy Coney Barrett for the Supreme Court, which was attended by several top Republicans – including Donald and Melania Trump, two GOP Senators, and several White House aides – who were later diagnosed with the COVID-19 virus.

But the cause of death of the pastor of the Hope Christian Church in Maryland is not known, the Religion News Service reports.

“It is with a heavy heart that we notify you that our beloved Bishop Harry R. Jackson, Jr. has transitioned to be with the Lord on November 9, 2020,” said a statement on the Hope Christian Church’s website. “Please pray for the Jackson family’s comfort and respect their right to privacy at this time.”

“I believe that the Bible teaches that same-sex marriage is an oxymoron,” he said in a 2009 Washington Post profile. “If you redefine marriage, you have to redefine family. You’d have to redefine parenting. I’m looking at the extinction of marriage. And black culture is in a free fall.”

Bishop Jackson got national media attention in 2012 when he said that LGBTQ people are “folks who cannot reproduce who want to recruit your kids” and said that the movement for marriage equality proved that the U.S. was “just like during the times of Hitler.”

Earlier this year, Trump invited Jackson to deliver an Easter blessing from the Oval Office, where he thanked Trump and Mike Pence for their “insightful leadership,” specifically citing money sent to churches at the beginning of the coronavirus pandemic to keep them from closing.