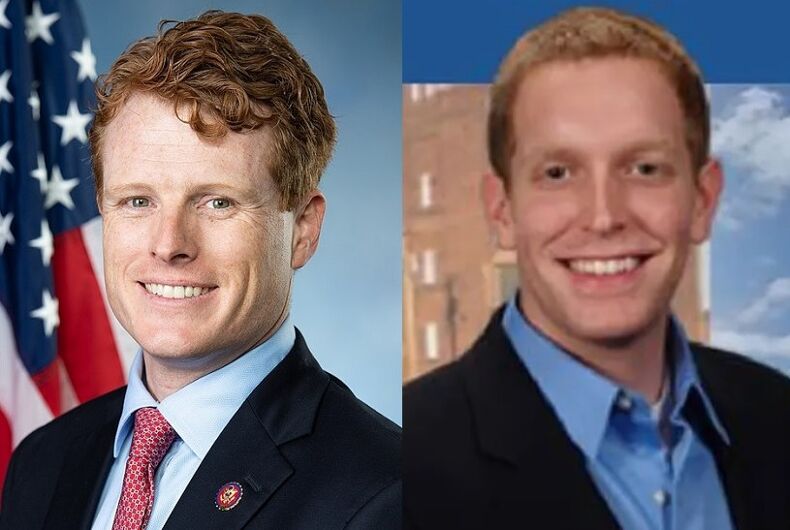 Congressman Kennedy has represented Massachusetts’s 4th District – the same seat that out Rep. Barney Frank once held – for four terms when he announced his campaign to challenge Sen. Markey, who is seeking his second term in the Senate.

Related: This year’s elections are about Donald Trump, not internal Democratic fights

“If there is one thing that unifies our big and messy tent, it’s [support for working families],” Kennedy said in his concession speech. “And if there is one thing we have to prove we understand with every fiber of our beings, as we stare down the fight of our lives against Donald J. Trump in November, it’s that.”

Kennedy has been a staunch and outspoken supporter of transgender equality in the House. Last year, he introduced and helped pass a resolution that rebuked Donald Trump for his transgender military ban, saying that it’s based on “flawed scientific and medical claims.”

In 2018, he invited a transgender soldier, Staff Sergeant Patricia King, as a guest to the State of the Union Address to bring attention to the transgender military ban.

“I want her to be there as a real person, and the face of an inhumane policy,” Kennedy said at the time.

He also called for his state to extend civil rights protections to transgender people.

Sen. Markey also has a strong record on LGBTQ issues, scoring 100 on HRC’s Congressional Scorecard for the past several years.

Out Mayor Morse also lost his challenge for the U.S. House seat in Massachusetts’s 1st District. He was down by 20 points when the AP called the election for the incumbent Rep. Neal.

Morse, 31, challenged Neal – who has been in the House since the 1980s and is the Chair of the powerful House Ways and Means Committee – from the left, making the Green New Deal, police reform, and Medicare For All top issues in his campaign and garnering endorsements from progressives including Rep. Alexandria Ocasio-Cortez (D-NY).

“I just want to start off by congratulating Congressman Richard Neal on winning his reelection tonight,” Morse said in his concession speech last night. “But I also want to make it very clear how incredibly proud I am of what we fought for over the last 14 months.”

In August, Morse faced vague accusations of sexual impropriety from the College Democrats of Massachusetts. He admitted to having sexual relationships when he was a lecturer with students who weren’t in his classes but denied he abused his power in any way.

Later, it was uncovered that the College Democrats behind the accusations had colluded to trump up the accusations – like describing innocuous conversations on Instagram as Morse having “sought out students that he met at our events privately on social media, in a manner widely understood by our generation to indicate intimacy” – in order to possibly secure employment with Neal.

“I realized obviously that this was more than just about me, and that my decision and my willingness to stay in this fight [was about] wanting to make sure other young people, other queer people, single people, feel like they too can run for office without having a fear that their identity or personal life would be weaponized and used against them,” Morse told LGBTQ Nation before the election.

No Republican filed to run against Neal in November’s general election.