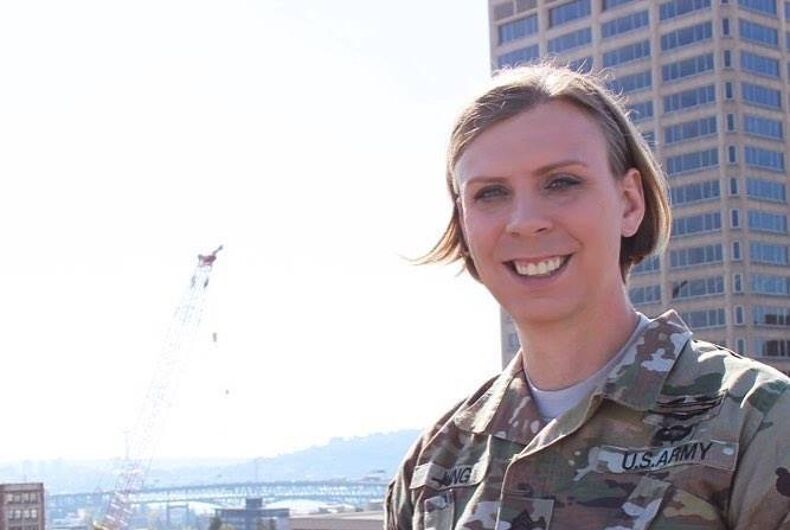 Representative Joe Kennedy (D-MA) has invited a transgender soldier to the State of the Union Address, as a direct response to Donald Trump’s transphobia.

Staff Sergeant Patricia King was invited to Tuesday’s speech before Congress to represent some of the people hurt by Trump’s policies.

“I want her to be there as a real person, and the face of an inhumane policy,” Kennedy said.

King, 37, told the Boston Globe that she knew she was different from a young age even though she didn’t have the words to express the feelings. During puberty, she felt like her body was entirely foreign.

So she joined the military in 1999 hopes of finding herself and in 2013 – married, with two sons – she realized that she is transgender.

She says she came out to her family, and they’ve been supportive. “You’re trying to work up the courage to make that leap, and once you do, gravity does the rest. Their love was the gravity that kept pulling me along.”

Even as she started hormone replacement therapy, she was still required to present as male to keep her job. It wasn’t until 2016 when the Obama Administration lifted the ban on transgender servicemembers that she could live her whole life authentically.

Kennedy is the chairperson of Congress’s Transgender Equality Task Force, and he helped get the military to pay for her surgery.

Referring to Trump’s tweets last June announcing his plans to purge the military of transgender people, Kennedy said, “I can’t imagine what that must feel like.”

Kennedy is also delivering the Democratic response to the State of the Union, and he said that the theme of his speech will be to address the conservative idea that “in order for somebody to win, somebody else has to lose.”