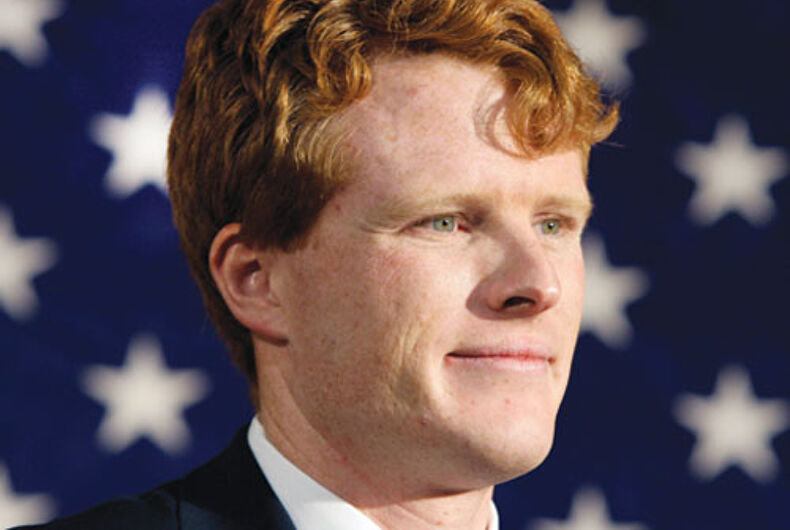 The House of Representatives voted to rebuke the Trump administration’s transgender military ban.

The resolution also rejects “the flawed scientific and medical claims” used to justify the transgender military ban and “strongly urges the Department of Defense” to refuse to implement the policy.

“Today, this House has a chance to not repeat the mistakes of our past, to move one step closer to that sacred promise, by telling brave trans men and women in uniform that they cannot be banned from military service because of who they are,” Kennedy said during the floor debate on the resolution.

The resolution passed with bipartisan support, with 233 Democrats and five Republicans voting in favor.

“A man who has never served a day in the military, and who finagled his way out of service with a series of deferments for ‘bone spurs,’ shouldn’t be deciding on a whim who can and cannot serve their country,” the Democratic National Committee said in a statement.

“Each and every day, transgender service members fight alongside their cisgender peers to defend the safety and security of our country. Rather than attack their identity, we should celebrate their bravery, patriotism, and sacrifice.”

“Congressional leaders of both parties, along with military leaders across the board, and 70% of the public, all favor letting patriotic transgender Americans serve their country.”

“This important resolution is a helpful step towards showing President Trump that the public overwhelmingly opposes his discriminatory ban, which not only hurts our fellow Americans, but also our national security. Lambda Legal is grateful to the 238 members who voted in favor of H. Res. 124, including House majority leadership and the resolution’s lead sponsor, Congressman Kennedy.”

The organizations also urged the Senate to take up a similar resolution.

Bills that would end the transgender military ban have been introduced in both the House and the Senate. They have not yet come to a vote.