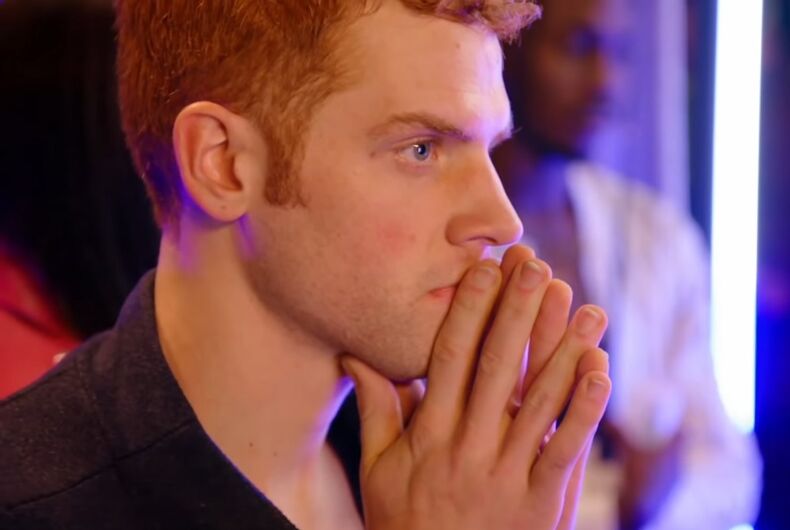 Harmon, who worked at the church where his father is the pastor in Maryland, talked about his religious family and how they don’t accept him for who he is.

“I know that my parents love me, but I know that they can’t accept the fact that I’m gay. And they won’t.”

Several weeks ago Harmon stunned the nation with a song he wrote that he said was “questioning if there is a place for me and people like me in heaven.”

Now he impressed the judges with “Beautiful.”

In another performance, Harmon sang Roberta Flack’s “The First Time Ever I Saw Your Face.”

The judges gushed and gave him a standing ovation.