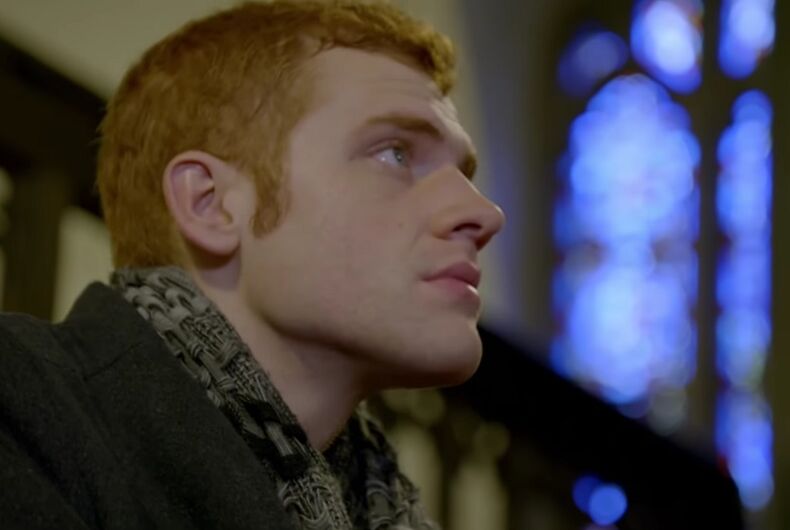 Jeremiah Lloyd Harmon, a gay man who is the janitor at his father’s church, impressed the judges on American Idol.

Harmon talked about growing up in a very religious family, the son of a pastor. He said that he knew he was gay when he was nine-years-old.

His family isn’t fully supportive of him.

“There are times when I do feel alone. The hardest part for me is seeing how difficult it is for my family.”

He performed an original song called “Almost Heaven,” which he said was about “questioning if there is a place for me and people like me in heaven.”

“You need to lose the broom, my friend,” Richie said.

“Do you know how good you are?” Perry said.

He’s now moving on to the next phase of the competition.

This high school prom bans same-sex guests, even after a lawsuit about it