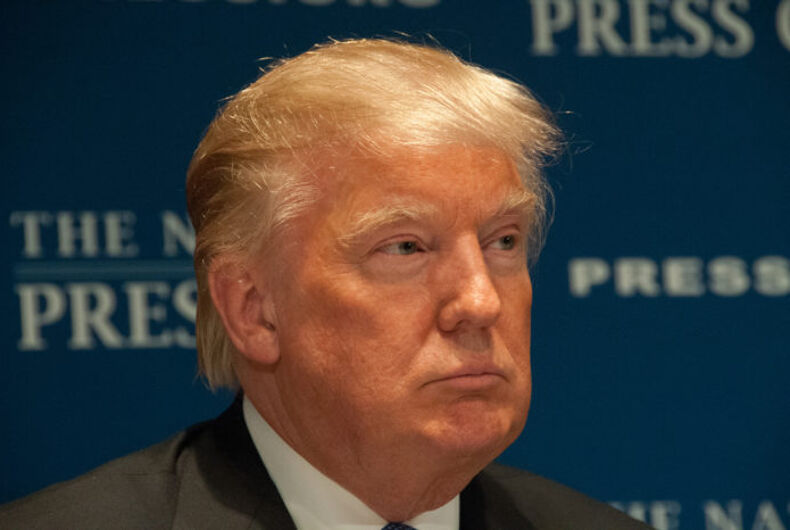 A new bill introduced in both the House and Senate would allow transgender people to openly serve in the military and preempt Donald Trump’s transgender military ban.

Representative Jackie Speier (D-CA) and Senator Kirsten Gillibrand (D-NY) introduced legislation that ban the military from discharging and refusing to reenlist a servicemember because of their gender identity.

The bills also say that the military cannot discriminate against potential servicemembers because of their gender identities.

“Our transgender servicemembers put their lives on the line every day despite an ill-advised edict from the President,” Speier said in a press release.

“The President’s ban is not only hateful and un-American, it harms military readiness and morale and ultimately makes our country less strong.”

Related: Trump will have to face servicemembers he wants to boot from the military at SOTU address

“We should end this discriminatory ban for good and ensure our transgender service members can continue to do their jobs, serve with dignity, and protect our country.” Gillibrand said in a statement. She was joined by Senators Jack Reed (D-RI) and Susan Collins (R-ME).

“This bill is urgently needed to protect the thousands of transgender servicemembers who could be discarded or forced to serve in silence and fear,” said Mara Keisling, Executive Director of the National Center for Transgender Equality.

Initially announced in 2017, the transgender military ban has not taken effect because four federal courts issued injunctions against it. Three of those injunctions have been overturned, but the last one is still being appealed.

In 2017, Gillibrand, Reed, and Collins – along with Senator John McCain (R-AZ) – introduced a similar bill in the Senate.

If this bill passes both the House and the Senate, Donald Trump will presumably veto it. The bill would need support from Congressional Republicans to override the veto.

Still, LGBTQ advocates praised the bill for sending a message of support to transgender servicemembers.

“We applaud Congress for recognizing that all service members deserve our nation’s gratitude and respect,” said Shannon Minter of the National Center for Lesbian Rights.

In 1992, this woman became the first trans person elected to a state legislature