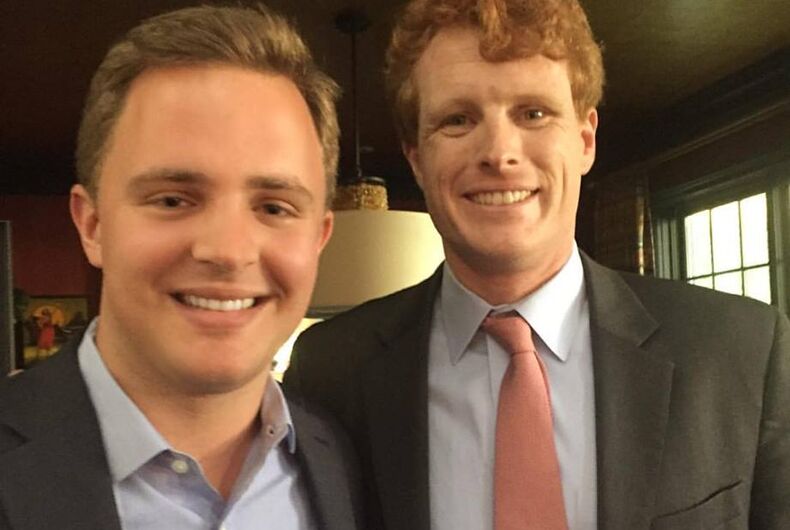 While most of the nation’s political attention is rightfully focused on the critical race for president, there are a few elections coming up that are also very important for the future of the country and, more specifically, the direction of the Democratic Party.

In the last several years there have been a number of big upsets where young progressive challengers have been able to defeat longtime members of Congress in their Democratic primaries. The most prominent example of course is Rep. Alexandria Ocasio-Cortez (D-NY); there have already been a few just in 2020, including Jamaal Bowman in New York and Cori Bush in Missouri, who both defeated multi-term incumbents to get their party’s nomination for Congress.

Related: Trans soldier will be Joe Kennedy’s guest at State of the Union address

Tomorrow on September 1, there are two important races in that same vein, both in Massachusetts, although one of them has taken an unusual turn.

In Massachusetts’s 1st District, Holyoke Mayor Alex Morse is a 31-year old out gay man running with the support of Justice Democrats, the group that helped elect Ocasio-Cortez, Rep. Ayanna Pressley (D-MA), as well as others and has been responsible for helping fund and structure many of these insurgent campaigns. Morse is looking to defeat longtime incumbent Rep. Richard Neal (D-MA), the Chair of the powerful House Ways and Means Committee.

The other big race in Massachusetts has some interesting dynamics. Rep. Joe Kennedy (D-MA), grandson of Sen. Robert Kennedy and heir to the Kennedy legacy, is running in the primary to defeat incumbent Sen. Ed Markey (D-MA). What’s different about this particular case is that it’s Kennedy, the young challenger, who is being accused of being the more moderate, “establishment” candidate. Markey, as one of the original co-sponsors of the Green New Deal, is running with the endorsements of Ocasio-Cortez and other progressive politicians and groups.

When it comes down to it, there isn’t much of a difference on policy between Kennedy and Markey. In fact it could be argued that Kennedy is the candidate who’s record is more progressive, considering Markey voted for NAFTA, for the bill that authorized the Iraq War, and the now infamous 1994 crime bill. For whatever reason, many progressives have chosen to overlook these votes with Markey, even though they have been considered automatic disqualifiers for other candidates. They have chosen to turn Kennedy into a vessel through which they can channel their frustrations about establishment control and privilege.

This does a disservice to the causes which most Democrats agree on. Especially at this moment in history, when we have so much on the line in terms of our rights as an LGBTQ community and more broadly in terms of our democracy and institutions, we need to focus on the threat posted by Donald Trump and the Republican Party instead of having these internal squabbles among progressives when we are largely on the same page. The truth is that there is no such thing as an “Establishment Democrat” or a “Justice Democrat”; I, for instance am supporting both Morse and Kennedy at the same time in their respective races.

This narrative of “you have to be one or the other” is a false choice and a distraction from what we really need to have our attention on. There’s far too much at stake to be sidetracked by meaningless distinctions and labels.