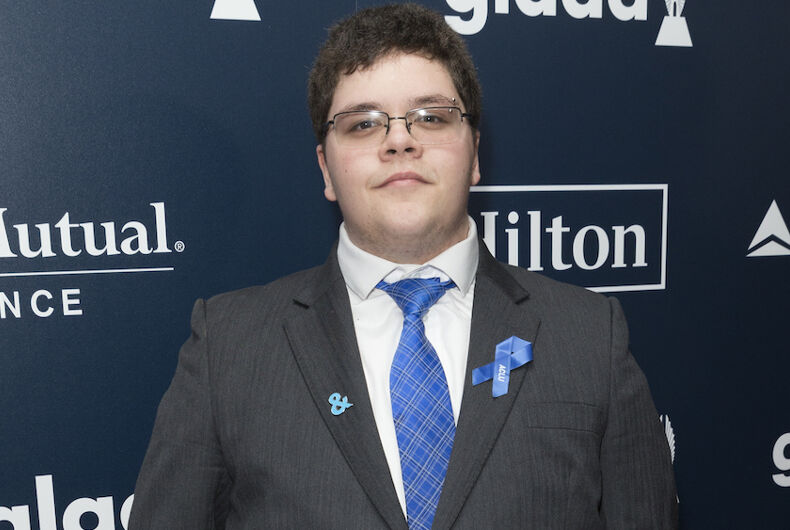 A federal court ruled in favor of a transgender man suing his former school district for discrimination even after the Trump administration tried to thwart his court case.

Gavin Grimm sued the Gloucester County School Board in Virginia in 2015 after the school board voted to ban him from using the boys’ bathroom and told him to use a converted closet as a bathroom. Now a panel of judges at a federal appeals court ruled that schools can’t ban transgender kids from using the appropriate restrooms.

Grimm, who identified as male since a young age, started using the boys’ restroom when he was a sophomore at Gloucester High School after he got permission from the principal. He used the boys’ restroom for several months without incident, but then some parents complained.

In 2019, a district court ruled that his school violated Title IX, and the school district appealed. Last week, a panel on the U.S. Court of Appeals for the Fourth Circuit ruled in favor of Grimm, citing the Supreme Court decision in Bostock v. Clayton County this past June. In Bostock, the high court ruled that Title VII’s ban on employment discrimination “because of sex” includes a ban on discrimination against LGBTQ people.

“After the Supreme Court’s recent decision in Bostock v. Clayton County, we have little difficulty holding that a bathroom policy precluding Grimm from using the boys’ restrooms discriminated against him ‘on the basis of sex,” the appeals court said in its decision.

“At the heart of this appeal is whether equal protection and Title IX can protect transgender students from school bathroom policies that prohibit them from affirming their gender. We join a growing consensus of courts in holding that the answer is resoundingly yes.”

A growing number of courts are using the Bostock decision to expand protections for LGBTQ people. The U.S. Court of Appeals for the Fourth Circuit ruled earlier in August that another transgender boy – Drew Adams – has to be allowed to use boys’ restrooms. The school tried to make him use a single-person bathroom or the girls’ restroom.

“With Bostock’s guidance, we conclude that Title IX, like Title VII, prohibits discrimination against a person because he is transgender, because this constitutes discrimination based on sex,” the court ruled in that case.

A federal judge in August also cited Bostock in blocking a Trump administration rule that would make it easier for medical professionals to claim a religious exemption and refuse to treat trasngender people.

Grimm is now 21-years-old and is a student at Berkeley City College in San Francisco.

This year’s elections are about Donald Trump, not internal Democratic fights