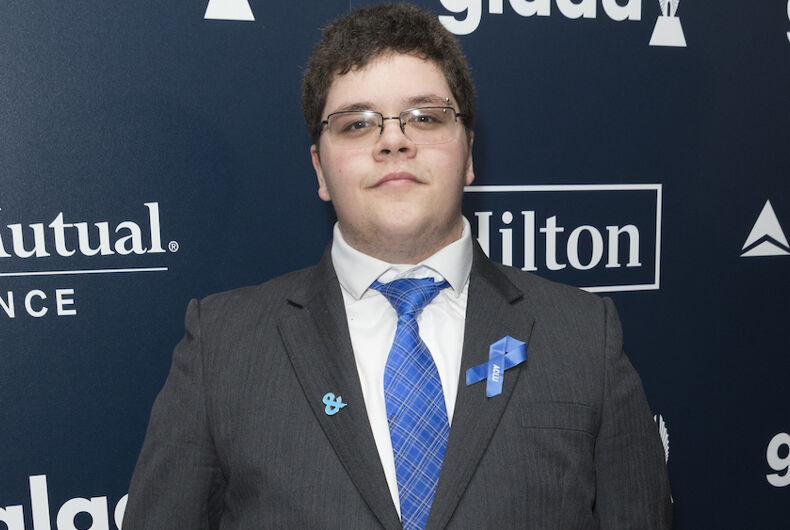 Yesterday, a federal court ruled that the Gloucester County School Board of Virginia wrongly discriminated against transgender former student Gavin Grimm in 2015 when the board’s policies forbade him from using school bathrooms matching his gender identity during his high school years.

The court ruled that the school board’s policies violated the 14th Amendment of the U.S. Constitution which guarantees equal protection and due process under the law, and Title IX of the Education Amendments of 1972 which “prohibits discrimination on the basis of sex in any federally funded education program or activity.”

Related: Trans student Gavin Grimm is going to college thanks to a generous benefactor

The court also ruled that the school was wrong not to list Grimm’s official gender as male on school records and ordered the school board to pay for all of Grimm’s attorney’s fees.

It’s unclear if the school board will appeal the ruling, but the Associated Press reports, “The issue remains far from settled as a patchwork of differing policies governs schools across the nation. More court cases are making their way through the courts.”

The case started in 2014 when Grimm’s principal allowed him to use the boys’ bathroom at his school for two months without incident. When parents later found out, they complained to the school board and the board declared that Grimm and other trans students should use a school unisex bathroom instead.

Grimm’s court case began in 2015 and was set to be heard by the U.S. Supreme Court in March 2017, but the court sent the case back to the district court following Trump’s change on an Obama-era guidance on Title IX allowing trans students to use bathrooms matching their gender identity.

“Every student should feel safe at school, regardless of gender identity. Transgender students are covered by Title IX and the United States Constitution and are entitled to the same rights and protections as every other student.”

“With the Trump-Pence administration’s barrage of attacks on LGBTQ people in this country, including against students, we are pleased that yet another federal court decision has reaffirmed legal rights and dignity of transgender people. Congratulations to Gavin Grimm and the American Civil Liberties Union (ACLU) on this milestone victory.”

In a statement released through the ACLU, Grimm said:

“It is such a relief to achieve this closure and vindication from the court after four years of fighting not just for myself, but for trans youth across America. I promise to continue to advocate for as long as it takes for everyone to be able to live their authentic lives freely, in public, and without harassment and discrimination.”