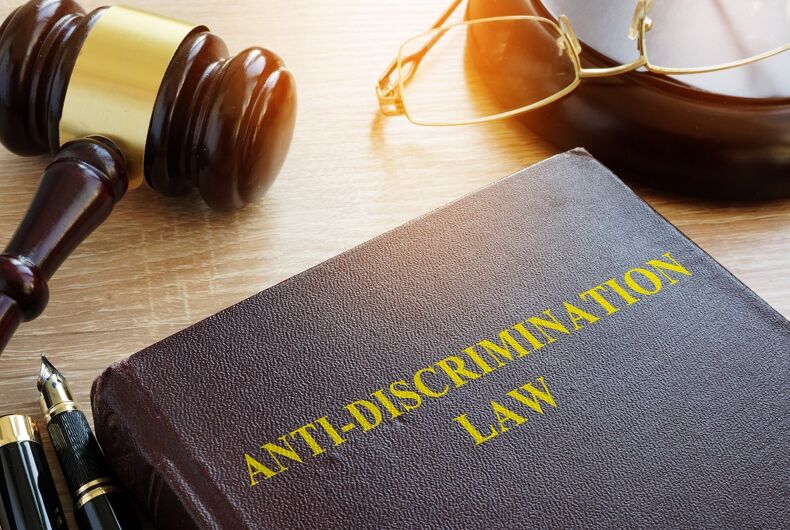 A gay Tennessee man has become one of the first to take advantage of the Supreme Court’s landmark June 15 decision that said employers cannot fire someone due to their sexual orientation or gender identity under federal law.

Fired four days after this decision was made, Jacob Brashier of Blount County is suing his former employer, assisted living facilities management firm Manorhouse Management, Inc., for allegedly firing him due to his sexual orientation.

Knox News reported that Brashier began working for the firm as a certified nursing assistant in April. By June, he began to experience repeated harassment by his supervisors.

According to the lawsuit, Brashier says he experienced “being called a ‘fa***t’ on several occasions and having a soiled rag thrown in his face.”

Brashier then filed a complaint claiming he was being harassed due to his sexual orientation and also claiming he was denied overtime pay. The lawsuit states that after Brashier filed this complaint, Manorhouse accused him of lying, told him to “forget about it,” cut his pay, and eventually fired him on June 19.

In the lawsuit, Brashier alleges that both his termination and pay cut were retaliation for filing the complaint.

“[Manorhouse] undertook zero efforts to ameliorate the discrimination of which [Brashier] complained, nor did it investigate and correct the wage and hour violations of which [he] had been subjected and subsequently complained,” alleged Brashier’s lawyer, James Friauf, in the complaint.

A Manorhouse representative did not provide a comment when asked by Knox News.

Brashier, who is seeking two million dollars in damages, is believed to be the first person in Tennessee to file a lawsuit based on the Supreme Court’s decision in Bostock v. Clayton County, where the Court found that Title VII’s ban on discrimination “because of sex” also bans discrimination against LGBTQ people because sexual orientation and gender identity are inherently related to the concept of sex.

Friauf also wrote in the lawsuit that Brashier is not only suing for himself, but also on behalf of the entire LGBTQ community.

“He files this action to rectify the wrongs he has experienced as a result of his sexual orientation, as well as to advance the rights of his fellow LGBTQ community members, who have been historically and unlawfully marginalized and oppressed for generations.”