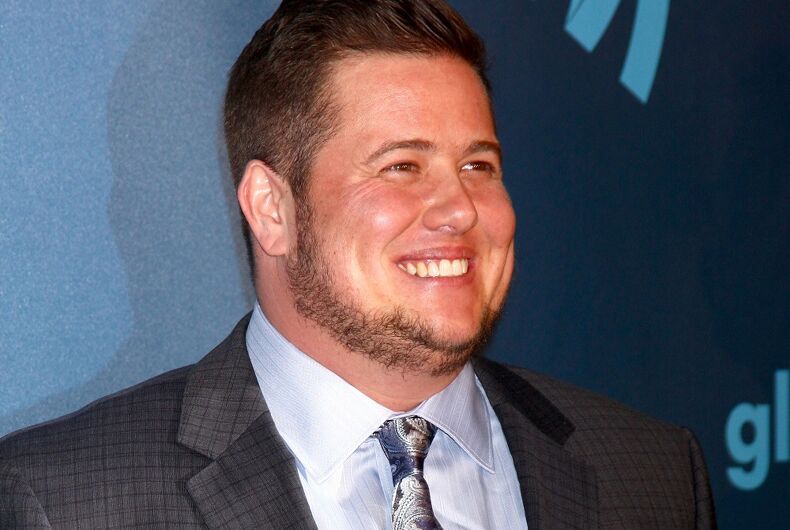 Chaz Bono, the transgender son of the diva Cher, recently told a podcast that he feels conflicted about being a Harry Potter super-fan now that J.K. Rowling, the author of the book series, has repeatedly made anti-transgender statements.

Bono likes Harry Potter so much that he got a tattoo on his leg of the animals representing three of the four wizard houses from the Hogwarts School of Witchcraft and Wizardry: a lion, a snake and an eagle… and now he’s having second thoughts about it.

“For me personally, it’s been really difficult, because I happen to be a Harry Potter fanatic,” Bono admitted. “When the person who writes your favorite series of books about oppressed people decides to start oppressing you, it’s very strange it doesn’t make any sense. It’s hard to wrap your head around.”

Bono referred to Rowling as a “white privileged feminist” who believes in “insanity” for thinking “that somehow transgender women are a threat to their rights, their existence, or whatever.”

Rowling’s transphobic tweets and claims are numerous. She has claimed that trans people want to “erase” the concept of sex, has called the use of affirming medical care for trans youth “a medical scandal,” has expressed support for conversion therapy for trans people, has liked a tweet making fun of a trans woman, another tweet saying that queer rights organizations should exclude trans people, and has said that trans women are endangering cis women by using domestic abuse shelters and other safe spaces for women.

Bono, who publicly announced his transition in May 2010, added, “On a personal note, it’s just sucked. But, politically, it’s dangerous, because I don’t think people realize that she’s just regurgitating the same debunked things that people have been saying about us for 30 years. It’s just wrapped up in a new package with, you know, a zillion Twitter followers.”

Daniel Radcliffe (the actor who played Harry Potter in the film adaptations) and other actors from the film series publicly denounced her views, fan sites have begun cutting ties to her, authors have begun fleeing her literary agent, the staff at her publisher refused to work on her new book, and her sales have slowed down as news of her transphobia spreads. Even an organization that gave her a humanitarian award called her views “deeply troubling.”