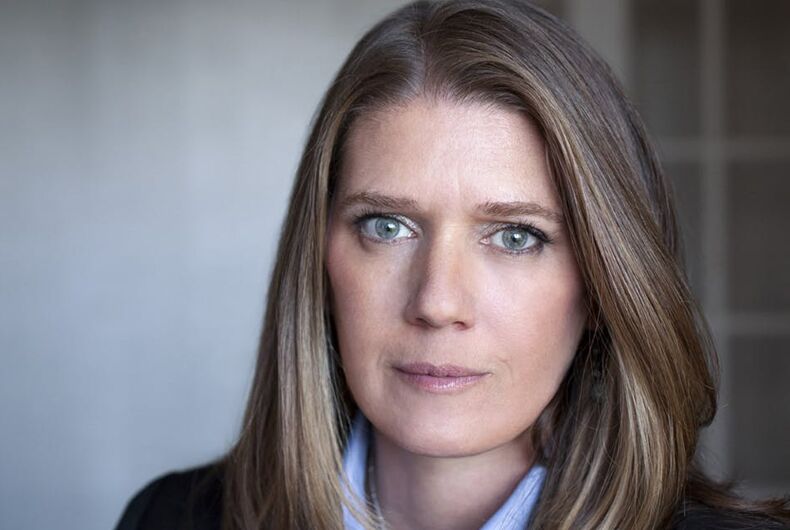 Donald Trump is being sued by his lesbian niece Mary L. Trump for allegedly conspiring to defraud her of tens of millions of dollars, just weeks before he’s up for reelection.

Mary alleges that Donald, along with his late brother Robert and sister Maryanne Trump Barry, falsified documents to undervalue the share of the family business that she inherited when her father – Donald’s brother Fred Trump, Jr. – passed away in 1981, when Mary was 16 years old.

Related: Donald Trump might not have taken his SATs & now he’s kicking out international students

The lawsuit states that Donald, Robert, and Maryanne were supposed to “watch over her interests as fiduciaries” but instead conspired to take away her inheritance.

“They lied,” reads the complaint. “Rather than protect Mary’s interests, they designed and carried out a complex scheme to siphon funds away from her interests, conceal their grift, and deceive her about the true value of what she had inherited.”

The lawsuit also discusses the death of Mary’s grandfather and Donald’s father – Fred Trump, Sr. – in 1999, accusing Donald and his siblings of threatening to bankrupt her interests. She said that they also threatened to cut off health insurance for her nephew who had cerebral palsy in order to “squeeze Mary out altogether.”

Donald would eventually follow-through on that threat. He cut off health care for the infant when Mary’s brother Fred Trump III sued him over the will.

“I was angry because they sued,” Donald Trump said in a 2016 interview, explaining why he ended the infant’s health care coverage.

Mary has been in the news this year for her tell-all book Too Much and Never Enough: How My Family Created the World’s Most Dangerous Man, where she explains how toxic family relationships and bigotry led to making Donald Trump what he is today.

By the 1990s, Mary was already living with a woman and planning to marry her. She said in her book that the whole family got together while her grandfather was sick and dying and that she thought about coming out then.

Her late uncle Robert Trump, Donald’s brother, tried to sue her to stop the publication of the book. The lawsuit failed when an appellate judge in New York allowed Simon & Schuster to publish the book.

Residents wanted to stop a town from flying the Pride flag. They got the NRA flag banned instead.