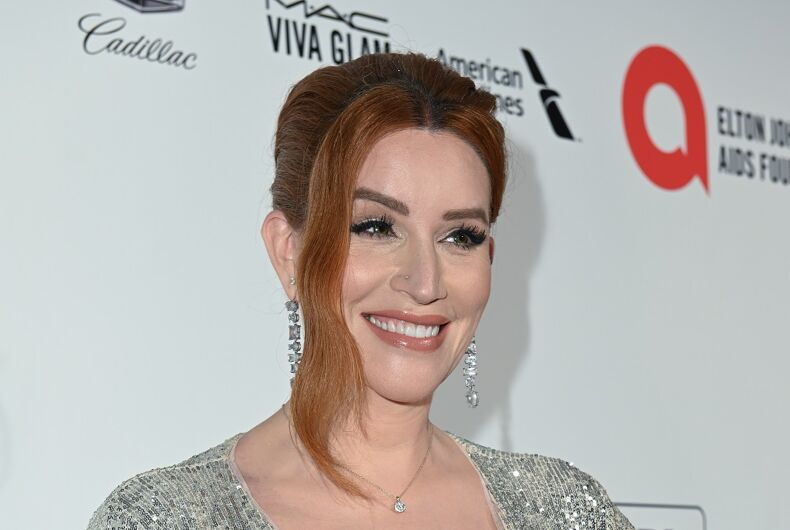 Our Lady J at the Elton John AIDS Foundation Party on February 9, 2020 in LA.Photo: Shutterstock

Actor Scarlett Johansson stirred controversy two years ago when it was announced that she would be playing a transgender man in the upcoming film Rub & Tug.

She withdrew from the film and people wondered if that meant that the story wouldn’t get told, but now Deadline reports that it has been turned into a television show and a transgender man will be cast as the lead.

In 2018, Johansson was cast in the role of Dante “Tex” Gill, a transgender man who ran massage parlors in Pittsburgh in the 70s and 80s, which caught people’s attention because she’s a cisgender woman.

“In light of recent ethical questions raised surrounding my casting as Dante Tex Gill, I have decided to respectfully withdraw my participation in the project,” she said as she withdrew from the film.

Film and television production company New Regency – which had already bought the rights to journalist and author Brendan Koerner’s research on the Pittsburgh’s “Massage Parlor War” – announced that the project will now be a TV series and that Our Lady J, who is transgender, is involved in the project as a writer.

“Tex’s life story is like no other, and the rich landscape of this unexplored moment in time has truly captured my imagination,” said Our Lady J, who has written for the TV shows Pose and Transparent and appeared on RuPaul’s Drag Race as a pianist.

“The show is about the promise of reinvention, and the peril of losing oneself in the process. Tex Gill was out and proud in an era – the late 1970s – when living authentically came with the price of social ostracization, leaving him vulnerable to a life of crime and lawlessness. Having grown up in Pennsylvania myself, I’m also excited to delve deep into Pittsburgh’s underbelly as it unspools the story of Tex’s remarkable life – it’s also the story of a city’s struggle for rebirth and a proud community’s efforts to make its voice heard.”

Dante Gill’s widow Cindy Bruno Gill said that Dante “was transgender at a time when being transgender meant facing great discrimination, yet he was fearless about being himself in a way that inspired those who knew him to be proud of who they were too.”

“Our Lady J is the perfect person to give voice to Tex’s story, and I know he would be proud of the evolution of this project.”