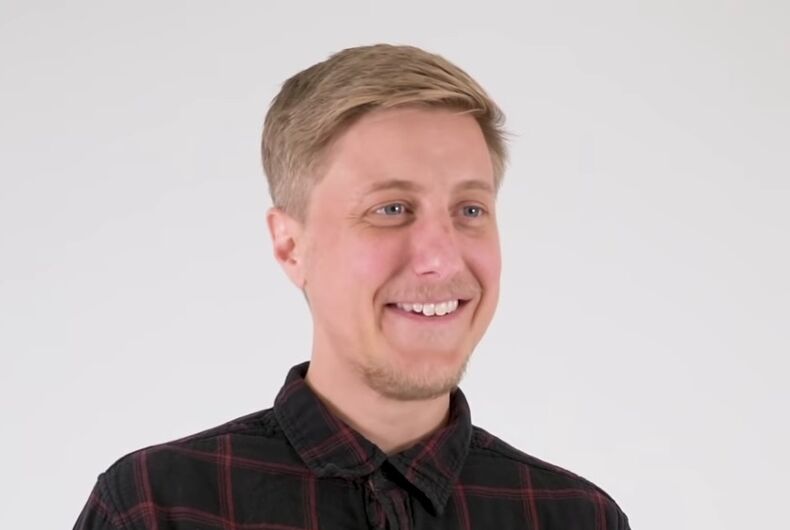 In a funny take on Scarlett Johansson’s upcoming portrayal of a transgender man in the film Rub & Tug, several tran men auditioned for her roles in a parody video.

Justin Chow, Scott Turner Schonefield, D’Lo, and Rocco Kayiatos read lines from Johansson’s movies, including Her, The Avengers, and He’s Just Not That Into You.

At the end of the video, Schonefield is offered the role of Samantha in Her, but is bothered that he’s taking a cisgender woman’s role.

“I know that there are people who have lived this experience, who would bring a lot of authenticity to it,” he says, tongue planted firmly in cheek, “and I feel a little weird about taking that from them.”

The video is partly a response Johansson’s supporters who say that, as an actress, she is supposed to play the role of people who aren’t like her.

But Hollywood only seems fine with cisgender women playing the roles of transgender men, not the other way around. If it’s all acting and gender identity is so unimportant to people, then why don’t we see more transgender actors playing cisgender roles?