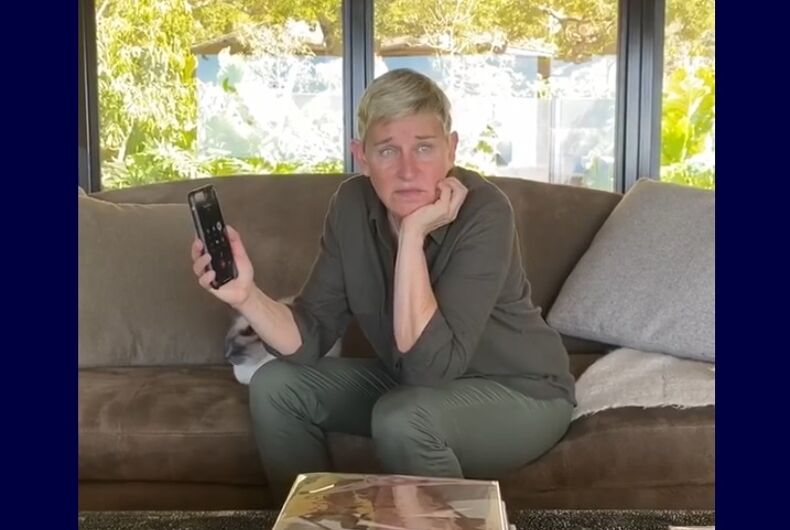 Ellen DeGeneres is rapidly losing her status as the “Queen of Nice” as multiple guests and staffers accused the out talk show host of presiding over a toxic work environment. WarnerMedia, the parent company of Warner Bros. Television, has now launched an investigation to look into the allegations that have severely tarnished the star’s reputation.

The talk show host’s feel-good, wholesome image has been called into question with staff saying DeGeneres only lives her mantra of “Be Kind” when the cameras are rolling.

Related: A burglar robbed Ellen DeGeneres’ mansion while she was taping her show in the home studio

In a memo sent to employees, executives from distributor Warner Bros. Television and producer Telepictures announced they had hired a third party to investigate the claims and interview current and former employees.

The employee resource group for WarnerMedia, the parent company of Warner Bros. Television, will also participate in the investigation.

Ellen is reportedly “at the end of her rope” as multiple allegations have been made that’s she demeaning to guests, treats staff poorly, and holds grudges against other comics.

Controversy has swirled around the daytime TV host for months after popular YouTuber Nikkie de Jager accused her of being “cold and distant” during an appearance on the show and not giving her a private bathroom. Shortly after, Ellen rebooted the show in her home to comply with coronavirus prevention measures, but her staff accused her of using a non-union contractor while leaving them in the dark about their employment status.

Ellen’s former bodyguard also stepped forward to accuse the comic of being “demeaning,” saying Portia Di Rossi was actually the “nice” partner in the relationship.

Ten former employees – as well as one current employee – described in detail to Buzzfeed News the toxic work environment they endured on the show, an environment they said is wrought with racism, unethical terminations, fear, and more.

“We are truly heartbroken and sorry to learn that even one person in our production family has had a negative experience. It’s not who we are and not who we strive to be, and not the mission Ellen has set for us,” the show’s producers said after the Buzzfeed article published.

In 2016, comedian Kathy Griffin not-so-subtly accused DeGeneres of treating her and Joan Rivers badly, saying DeGeneres “has a mean streak that all of Hollywood knows about.”