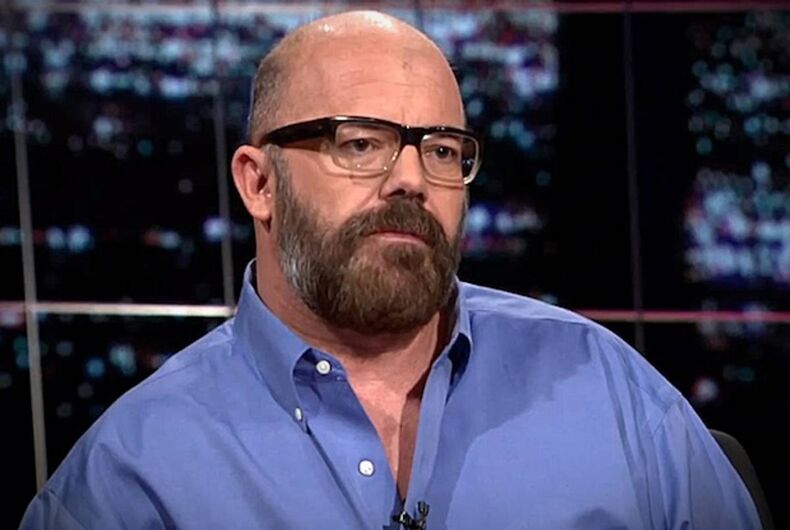 Conservative pundit Andrew Sullivan is leaving New York magazine after reaching a “mutual decision” that it was time for him to move on. Sullivan has written a column for the outlet since 2016.

The gay conservative made a name for himself as an early champion of same-sex marriage rights, but his career has been marked with numerous controversies surrounding his work. Most recently, he authored a column pronouncing the fight for LGBTQ rights over – echoing columns he wrote in 1996 and 2007 that declared the “end of AIDS” – that was met with widespread derision

Related: Andrew Sullivan’s screed about the LGBT movement is everything that’s wrong with ‘good gays’

“Andrew and I agreed that his editorial project and the magazine’s, though overlapping in many ways, were no longer the right match for each other,” New York editor in chief David Haskell said in a memo to staff.

“This will be my last week at New York Magazine,” Sullivan tweeted. “I’m sad because the editors I worked with there are among the finest in the country, and I am immensely grateful to them for vastly improving my work.”

“I have no beef with my colleagues, many of whom I admire and are friends,” he continued.

“The underlying reasons for the split are pretty self-evident, and I’ll be discussing the broader questions involved in my last column this Friday. I’ve been preparing for this eventuality, and the column will continue elsewhere.”

Sullivan got his break as the editor of The New Republic. He left to found his biggest project, the political blog The Daily Dish. The blog was published by both Time and The Atlantic before he went independent.

CNN notes that Sullivan still defends some of his most controversial opinions, like the racist notion that IQ differences between races can be explained by genetics. While neither party cited any discomfort around Sullivan’s problematic past, Haskell did indicate that the two did not see eye-to-eye when it came to their approach.

“I am trying hard to create in this magazine a civil, respectful, intellectually honest space for political debate,” Haskell said. “I believe there is a way to write from a conservative perspective about some of the most politically charged subjects of American life while still upholding our values. I also think that our magazine in particular has an opportunity to be a place where the liberal project is hashed out, which is to say not only championed but also interrogated.”

Haskell vowed to push for “work that challenges the liberal assumptions of much of our readership. But publishing conservative commentary, or critiques of liberalism and the left, in 2020 is difficult to get right, and thoughtful, well meaning people can come to different conclusions about it: how to weigh the value of plurality of political opinion against other journalist and community values; whether our current publication does in fact create that environment I am trying to foster; what to think of certain writers in particular.”

This will be my last week at New York Magazine.