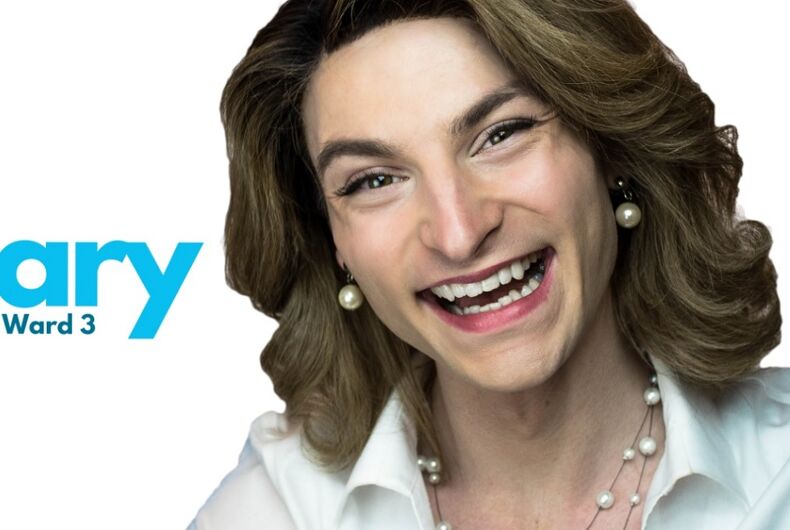 Two women who won elections this past month just became the first transgender elected officials in their respective states.

Peyton Rose Michelle won a seat on Louisiana’s Democratic State Central Committee and is the first out transgender woman elected to a political position in the state, according to Big Easy Magazine. She got over twice as many votes as her opponent.

Related: Civil rights and accessibility in Virginia may hinge on Danica Roem’s reelection

“I’m proud to stand for transgender and gender non-conforming people in the state,” the 22-year-old politician said. “I’m proud to show them that they, too, can be involved in politics. We are all humans, and we’re worthy of having a voice.”

I'm still in shock. Thank you everyone for the support 💖🌹

In West Virginia, Rosemary Ketchum was elected to the Wheeling City Council, making her one of four LGBTQ elected officials in the entire state, according to the Victory Fund.

“Rosemary has shattered a lavender ceiling in West Virginia and will join the growing number of out trans elected officials serving nationwide,” said Victory Fund President Annise Parker in a statement.

“Trans people are severely underrepresented in elected office – with just 26 out trans officials anywhere in the country – so Rosemary’s victory will resonate well beyond her state. We know Rosemary’s race will inspire other trans people from conservative states to consider a run for office in their communities – and then those candidates will inspire others as well.”

LGBTQ people remain grossly under-represented in U.S. politics. According to a 2018 Victory Fund report, only 0.1% of elected officials are out as LGBTQ, far from the roughly five percent of the population that identifies as non-heterosexual or non-cisgender.