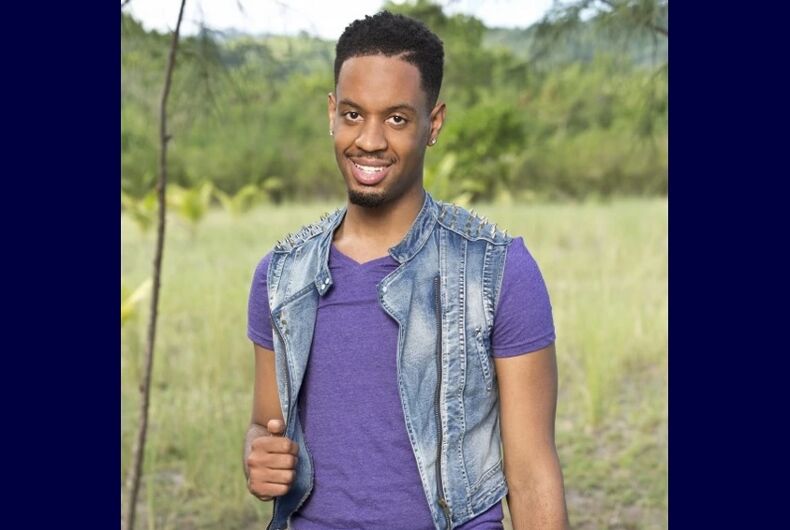 Brice Izyah, the first Black gay man to compete on CBS’s Survivor, says that the long-running reality franchise needs better representation of diverse people, even behind the camera.

Izyah, a social worker who lives in Philadelphia, was a contestant on the 28th season of Survivor in 2014, Survivor: Cagayan. He was the third contestant – out of 18 – who was voted out. Two of other Black contestants on his season were voted out in the episodes that immediately followed his elimination.

Related: Trans ‘Survivor’ outed on TV gets voted off the island

“Why do so many of us seem to go in the first few votes? Why are we always targeted first?” Izyah told the AV Club.

He said that being out as LGBTQ on the show can be a liability.

“I think a lot of people have turned a blind eye to our existence,” he said. “And so, going out there and being the only LGBTQ person – and just living our truth – if we’re bothering you, we’re just being ourselves. And I think we can pay the price for that.”

He also talked about how the show was edited.

“They didn’t know what to do with me,” he said. “I know that there’s some LGBTQ representation, but there’s not a person of color. And I think it’s important to recognize that their experiences as a white LGBTQ person are different than what I live through.”

The show has had 40 seasons in the U.S. – and 590 contestants so far – since season 1 debuted in the year 2000. That season got the second-highest ratings in the franchise’s history. Richard Hatch – a white gay man – won, a few years before the Supreme Court would legalize homosexuality in all 50 states and over a decade before marriage equality would become a reality for all Americans.

“I would also really love more representation in front of the screen, more diverse stories, not just tropes of what a gay man is,” Izyah said.

He stressed that he’s “not bitter.”

“I feel blessed to have been able to play the game,” Izyah said, “I just want to use my voice now to maybe change the outcome for the next LGBTQ, Black, or female person to play, because I loved the show and I wanted to see the show evolve. I want these players to have a chance.”

He pointed to a petition started by J’Tia Taylor, a Black woman who was eliminated in the episode after Izyah was, that calls for better practices in the franchise for representing minorities, including casting people of color for at least 30% of contestants and better vetting contestants for racist, sexist, homophobic, and other forms of hatred (since contestants vote to remove each other from the show).

The petition has 6,700 signatures so far.