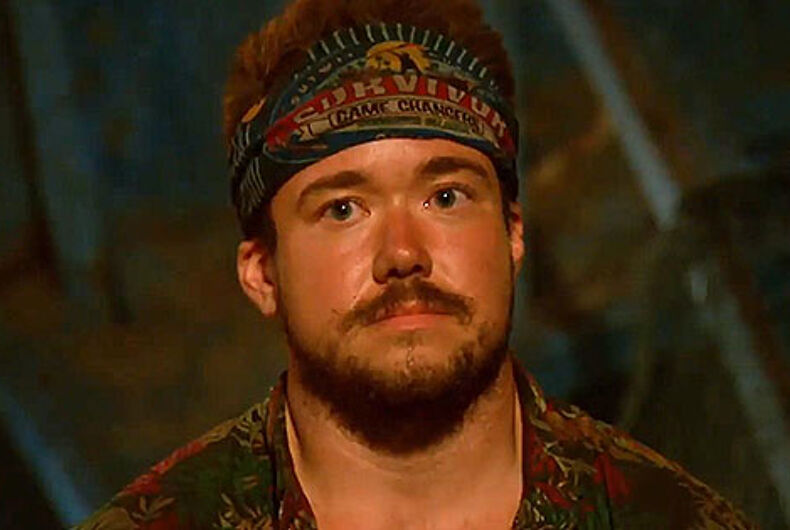 Zeke Smith says he is moving on, now that’s he off TV’s Survivor.

“The era of Zeke the Survivor player is coming to an end and now I’m ready for some new adventures,” he told People magazine. “I’m bummed to be out of the game, but I’m excited to see what is on the horizon.”

The Brooklynite and trans man is not only the first transgender castaway on CBS’s long-running reality competition series, he is the first ever outed on American television, in one of the most dramatic confrontations in TV history.

Smith was in his second back-to-back season of the Fiji-based show, where men and women compete for one million dollars. Throughout the episodes, to viewers and his tribemates alike he was just another gay man. But last month, in a bid to avoid being eliminated, a friend turned rival asked him a question nobody, not even Smith, saw coming.

“Why haven’t you told anyone you’re transgender?” asked Jeff Varner, during the climactic tribal council.

“I’m still a bit overwhelmed and humbled because I never in a million years thought the response would be as positive as it was,” Smith told the magazine, about how the news media and fans would react when the episode aired. “I worried about sensationalist headlines and photos being drudged up from my past. I was prepared to be re-victimized. But the response I received — the outpouring of love from the public — was something I never imagined happening. I was really touched.”

“I think that all started with how my tribemates responded at that tribal council,” he said. “Their humanity really set the example. They said, ‘This is wrong and this is how you respond to it.’ I will be forever grateful for the way they and [Survivor host] Jeff Probst set the tone with how that moment should be treated.”

Varner was not only eliminated but his real estate firm voted him off their island, too, firing the gay former TV news anchor amid the backlash of his attempt to portray Smith as deceitful. That was a strategy Varner immediately regretted, once it became clear to him Smith was not out.

As for Smith, he told his story in an exclusive op-ed appearing in The Hollywood Reporter, and revealed how worried he was that fans would turn on him once he was outed as trans.

I’d be discussing my life’s most exposing moment on a talk show and I knew my bathing suit area would be at the top of mind.

Snickering, genital speculation, sensationalistic “before and after” photos — this is the treatment typically meted out to trans people in the public eye, and in five minutes, when Survivor returned from commercial break and the world finally saw “The Episode,” this would be the treatment due me.

“We’re not going to exploit you,” Survivor host Jeff Probst promised me in a bungalow at a third-rate Fijian resort. “There will be those who want to, but I will fight them. I will never leave you hanging. Do you trust me?”

Where we expected angry villagers wielding pitchforks, we confronted a sea of puppies and rainbows. Nick [Adams of GLAAD] and I shook our heads in disbelief. We’d never seen a trans story responded to with such overwhelming outrage toward the wrongdoer and sympathy toward the wronged. Typically, trans victims of crimes far worse than what I endured are ridiculed and the perpetrators let off scot-free.

Even weeks removed, I’m still scratching my head to make sense of how I wasn’t subject to the coal raking usually received by trans people in the public eye.

I believe it begins with having the fortune to be part of a show and a network committed to telling my story on my terms. I don’t lavish praise upon Jeff Probst because his dimples make me swoon, I do so because his actions proved him to be every bit the man I believed him to be. Joe Lia, supervising producer of “The Episode,” a man I’m now honored to call a friend, and the rest of the Survivor editing team crafted a tasteful, poignant moment of television (watch below), when it would’ve been so easy to play into exploitative sensation.

I’m also fortunate to walk in the footsteps of Chaz, Janet, Laverne, Caitlyn and so many others who cleared the path of hazards.

But what surprised me most was the outpouring of love from the public. For two days I sat gobsmacked reading thousands of messages from people across the world. I apologize for not responding, but please know that your words were read and cherished.

I remain at a loss to fully explain the reaction, but I am grateful and humbled. I am optimistic that this moment — both the example set by Survivor and “The Episode’s” response — will serve as a model for how trans people will be treated by the media in the future.

To the trans person who enters the spotlight next, I hope you get it as good as I did. To the person after, I hope you are met with utter indifference.

Watch below as Smith talks at the conclusion of this week’s Survivor about being voted out, and relive the moment he was outed three weeks ago, immediately below.

If you have one of these issues, Republicans think you don’t deserve insurance