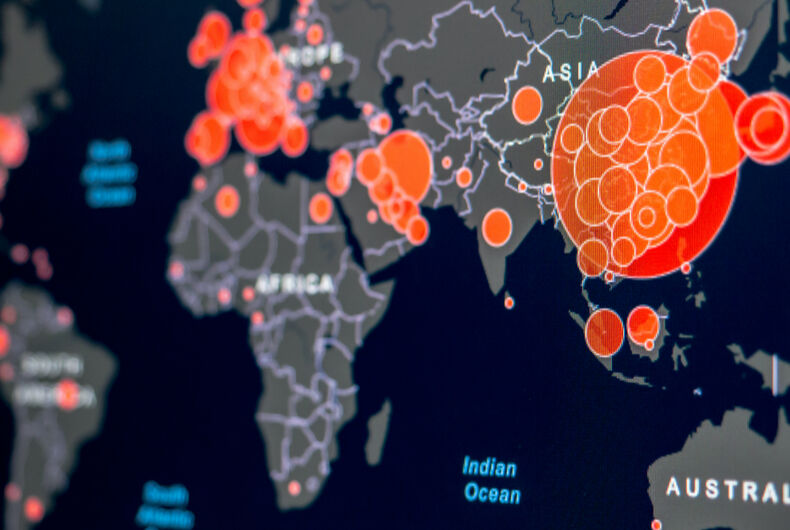 The United Nations High Commissioner for Human Rights issued a stark warning to members to not use the current coronavirus pandemic to persecute LGBTQ people.

Hungary withdrew from the Eurovision song contest, claiming the decades-long international competition was promoting LGBTQ rights by including gay and transgender performers.

Last month, Hungarian parliament granted Prime Minister Viktor Orbán the power to rule by decree as long as coronavirus is considered a threat to the nation. Orbán is an anti-LGBTQ extremist.

Lawmakers then filed a bill that requires the civil registry note only a person’s “sex at birth,” which it says is “biological sex based on primary sex characteristics and chromosomes.” If passed, all legal documents in the country would only list a person’s sex assigned at birth.

“This attack on the trans community is outrageous and deliberate,” said Member of European Parliament Marc Angel, who is in the Socialist Workers’ Party and is from Luxembourg. “This move does not only intentionally silence the trans community – it seeks to erase it and deny its existence.”

“In at least one country, the State of Emergency has been used to propose a decree that would prevent transgender people from legally changing their gender in identity documents,” Bachelet said.

She pointed out that countries have used the situation as an opportunity to raid LGBTQ rights organizations’ offices, pass anti-LGBTQ legislation, and blame the community for the pandemic.

“LGBTI people have previously been blamed for disasters, both man-made and natural, and there are scattered reports of this happening in the context of the COVID-19 pandemic.”

In the United States, evangelical Christians and rightwing politicians have blamed same-sex marriage and Jews for the virus.

Bachelet also pointed out that some LGBTQ youths are currently trapped at home in less than supportive environments.

“Due to stay-at-home restrictions, many LGBTI youth are confined in hostile environments with unsupportive family members or cohabitants. This can increase their exposure to violence, as well as their anxiety and depression,” she said.

She also pointed out that some restrictions put in place are inherently discriminatory. She pointed to Panama’s policy that puts trans people at risk in particular.

“A few countries have put in place restriction of movement based on sex,” she said, “with women and men allowed to leave their homes on alternate days, which have put non-binary and trans people at risk of heightened discrimination, as they may get stopped and questioned.”

At least one transgender woman has already been arrested for leaving her home on the day women are allowed to go out.