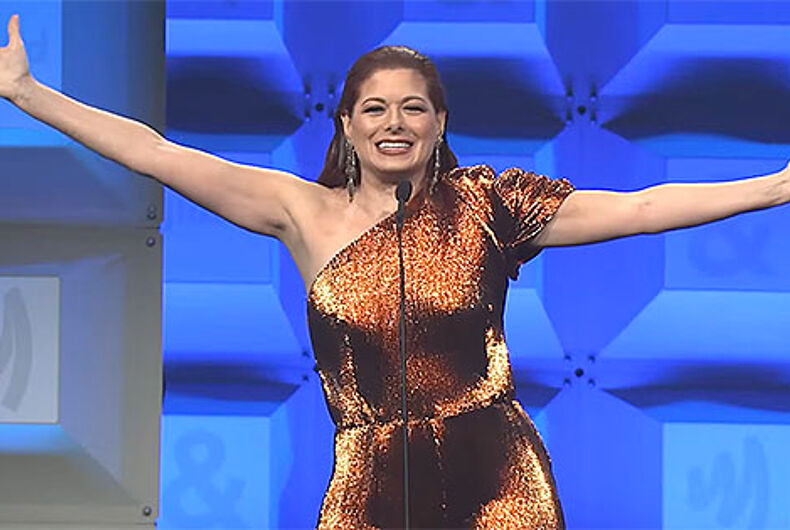 Will & Grace has ended for the second time and co-creator Max Mutchnick has revealed that actor Debra Messing’s “pain in the ass” contract saved the series finale.

Mutchnick also acknowledged that something “happened on the set this year” to cause a rift between Messing and co-star Megan Mullally. Mullally was noticeably absent from two episodes and the two unfollowed each other on social media and took passive-aggressive potshots at each other.

Related: Watch ‘Will and Grace’ bloopers from the first episode for even more funny

With television production shut down nationwide due to the ongoing coronavirus pandemic, Mutchnick and co-creator David Kohan acknowledge they were lucky to have finished filming the series in December. Several shows’ finales have been delayed and programs not renewed for another season likely won’t have one.

“Oh my God, thank God,” Mutchnick said. “It would have been the most unfinished feeling to not get to the end of this season. Thank God Debra had it in her contract that we had to be done by Christmas. I finally found the silver lining in that really pain-in-the-ass clause.”

The two said the COVID-19 lockdown did cause some issues, however.

“We did run into trouble with the retrospective that’s airing right after the finale,” Mutchnick added. “We weren’t finished with that and that was not easy to get to the finish line with the world shut down.

When Entertainment Weekly asked the men about the reported tensions between the two actors, Mutchnick deflected, saying he wanted viewers to focus on the story and not the cast.

“We always work under this kind of motto that everything’s about the work. It’s just about the work. And so if we stay true to that, then we just keep you guys out of whatever happened on the set this year because it would have done nothing but get in the way of the stories that we wanted to tell,” he said.

“It was not an easy year, but the permanent legacy of the show is much more important to us than any temporary squabble that would take place on the stage.”