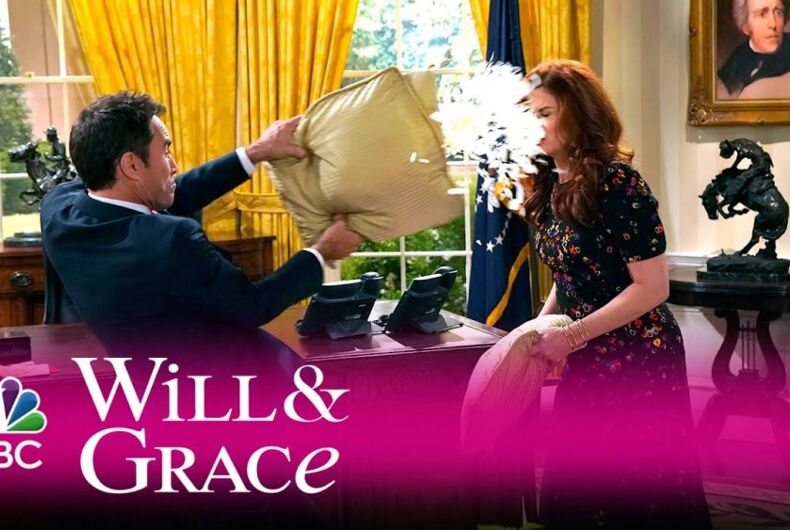 You waited years for Will & Grace to return to TV, and now that it finally has, it’s in the Netflix binge era. But the confines of network television means you can only get those sweet sweet episodes one at a time.

NBC, knowing you want more of Will, Grace, Jack, and Karen than even they can provide, is giving fans digital only exclusives, including this outtakes and bloopers video from the first episode of the new season.

In addition to laughs, you’ll learn about a “marinara fuck,” and see Jack’s lewd gesture that’s too hot for TV.

The show has also produced short features of the actors talking about their characters: