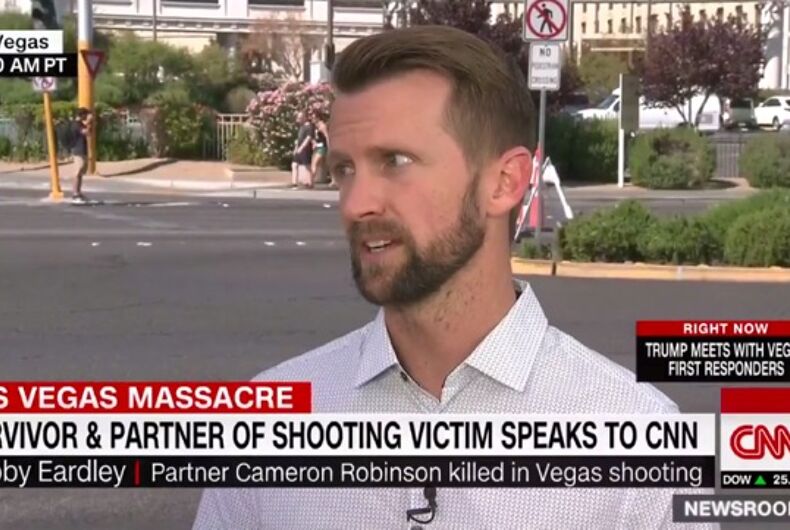 Bobby Eardley and Cameron Robinson were enjoying a night out at a country music festival in Las Vegas when tragedy struck. As a domestic terrorist fired round after round into the crowd in the worst mass shooting in American history, Robinson was shot and killed in front of his partner.

Eardley spoke to Anderson Cooper yesterday in an incredibly touching segment that celebrated their lives together and the heroism of those who helped the couple. Eardley also described what happened after Robinson was shot, telling Cooper “I just wanted to make sure that he knew that he wasn’t alone in those moments and I held him and talked to him the whole time.”

“I just can not say enough amazing things about that man.”

A friend of the couple has set up a GoFundMe to pay for Robinson’s funeral expenses. The fundraiser has brought in almost $25,000 as of publication.

Bobby Eardley's partner died in Las Vegas: “I just can not say enough amazing things about that man." https://t.co/Xw1gTMa5ef