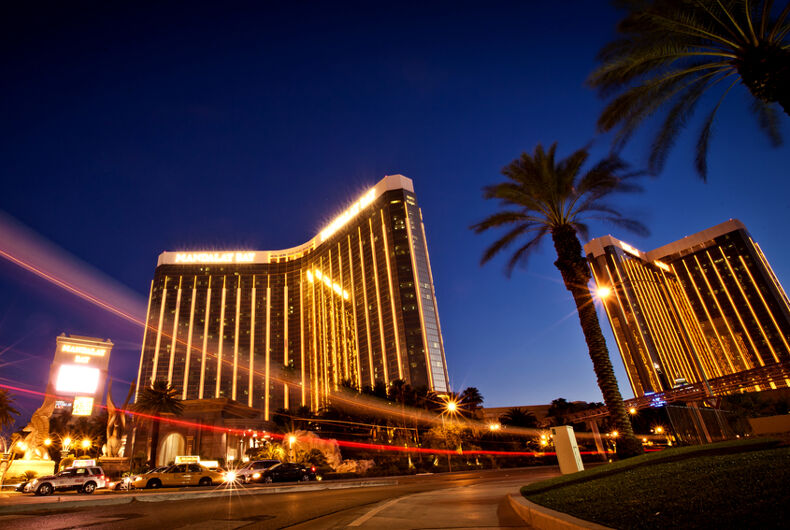 Editor’s Note: This article has been updated to reflect the latest count of those wounded and killed in the tragedy.

A shooting at a music festival in Las Vegas last night left at least 58 people dead and over 500 injured, replacing the Pulse nightclub shooting as the deadliest mass shooting ever.

Stephen Paddock, who police believe was the sole attacker, was killed by officers after the shooting. “We believe it’s a solo actor. A lone wolf,” Clark County Sheriff Joe Lombardo said.

The shooting occurred while country musician Jason Aldean was performing for a crowd of 40,000 at the outdoor arena next to the Mandalay Bay Casino and Hotel on the Las Vegas strip.

Witnesses said it sounded like firecrackers were going off and it took a moment for them to realize that a gun was being fired. The music stopped temporarily, then restarted before the musicians stopped again to flee the stage.

The gunfire continued for five to fifteen minutes, with one person describing it as “constant.” Thousands fled the concert venue as police shut down highways and the airport and ambulances arrived.

Officers determined that the gunfire was coming from the 32nd floor of the Mandalay Bay Hotel and they engaged Paddock there. He was killed by a police officer.

Police say they do not yet know the motive for the shooting. They have searched Paddock’s home and so far have only said that they found several “rifles,” without naming how many or what kind. They are currently looking for Paddock’s companion Marilou Danley.

Before yesterday, the deadliest mass shooting in the US was the Pulse shooting in Orlando, when Omar Mateen opened fire on an LGBT nightclub and killed 49 people.

Donald Trump has already tweeted his “warmest condolences” to the victims and their families.

My warmest condolences and sympathies to the victims and families of the terrible Las Vegas shooting. God bless you!

Tonight has been beyond horrific. I still dont know what to say but wanted to let everyone know that Me and my Crew are safe. My Thoughts and prayers go out to everyone involved tonight. It hurts my heart that this would happen to anyone who was just coming out to enjoy what should have been a fun night. #heartbroken #stopthehate

Ellen Page talks about a homophobic joke in ‘Juno’