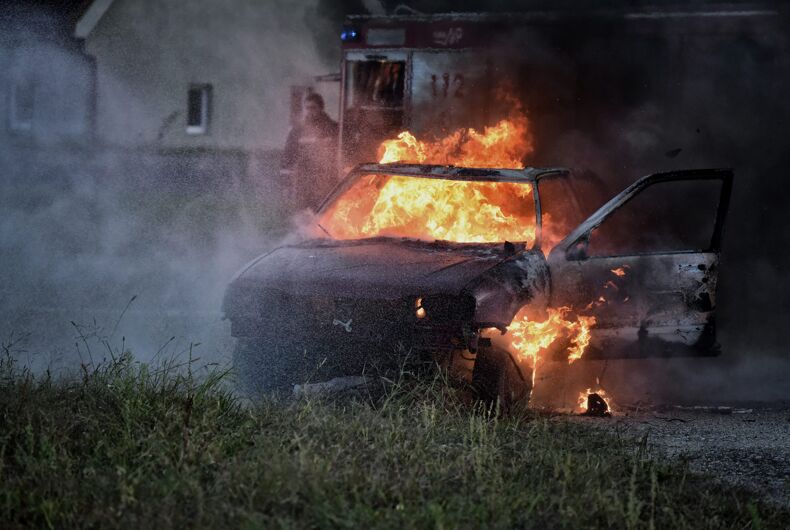 The bodies of two transgender women have been found inside a badly burned car in Puerto Rico. At least eight LGBTQ people have been killed on the island lately.

They were identified as Layla Peláez and Serena Angelique Velázquez by local activists. Police say DNA testing will be required to officially identify the women.

Related: Man who broke a trans woman’s jaw for using a restroom is getting what he deserves

Peláez’s grandmother was able to identify her granddaughter’s car when she saw it on the local news.

“In reality, we never thought something like this would happen,” Luz Melendez, Peláez’s cousin told The New York Times. “She didn’t have bad friends and she was never in the street. It caught us by surprise since she transitioned so easily and she didn’t ever have any issues.”

“This is an epidemic of violence, anti-LGBT violence that has resurfaced in Puerto Rico,” local activist Pedro Julio Serrano said. “We haven’t seen this type of violence in this quantity in a very long time — I would say 10 years.”

Serrano is the previous Director of Communications for the National LGBTQ Task Force.

An autopsy will show how the victims were killed. Police have determined the women were murdered, but cautioned that “doesn’t mean it was a hate crime.”

“I can’t just say this is a hate crime from the scene,” said Capt. Teddy Morales, the chief criminal investigator for the area where the bodies were found. “We need to know who killed them, why did he kill, and what were the motivations to say this was a hate crime.”

Police want to identify two men who were with the women on the night of the murder. Photos of the men were posted to one of the victims social media accounts shortly before they were killed.

Peláez and Velázquez lived in New York City and were friends. They were visiting relatives on the island and planned to return once the coronavirus lockdown was lifted and it was safe to go home.

LGBTQ people have been hit harder economically by coronavirus lockdowns