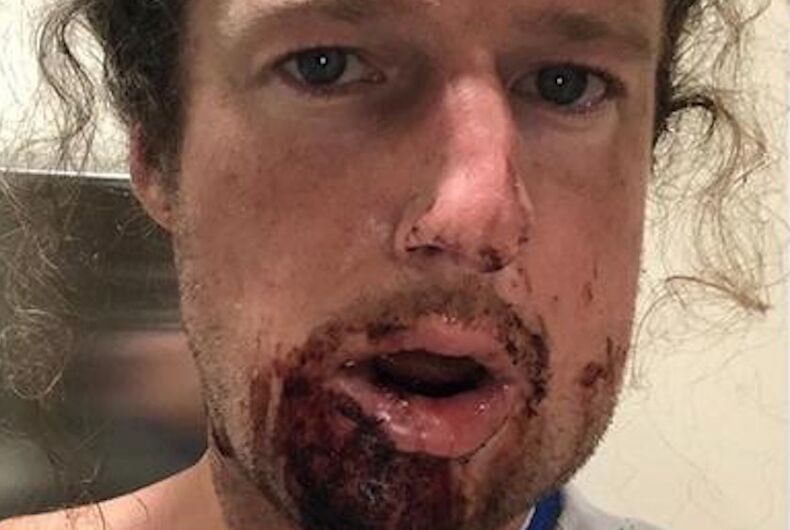 Last summer, 37-year-old Fred Joseph Costanza beat up Lauren Jackson, a homeless transgender woman, after she used a women’s restroom alongside his wife.

So this winter, Costanza is going to prison for six years. He also has to pay Jackson restitution for his attack.

Related: Trans woman left in tears after being slapped & spit on in “disgusting” subway attack

A court convicted Costanza of first-degree bias crime, second-degree assault, and harassment for assaulting Jackson at the Agate Beach State Park in Portland, Oregon on August 24, 2019. Costanza’s wife had used the bathroom with Jackson and then complained to her husband about “being harassed by a man in the women’s bathroom.”

Jackson then left the park to buy groceries. When she returned an hour later, Costanza confronted her and reportedly asked, “Oh, you think you’re some kind of woman?” Costanza then held Jackson by the hair and punched her in the face more than 10 times, repeatedly fracturing her jaw and skull until a witness eventually intervened.

Medical professionals at the Oregon Health and Science University (OHSU) in Portland said that Jackson needed reconstructive surgery after the assault.

Costanza was drunk at the time of the attack, and a Newport Police Department spokesperson said, “Costanza is unemployed, a multi-state offender and was previously arrested for failure to appear in another case.”

Jail records found that he also used transphobic slurs when referring to Jackson over the phone, though Costanza says he was just exercising his First Amendment rights.

Jackson had recently moved from Utah to Oregon to live her life as a woman. After being released from the hospital, she said she plans on staying in Oregon despite the traumatic attack.

“I believe that people are inherently good and that I live in a kind world,” Jackson said. “I don’t think I did anything wrong, and I don’t want to live in fear. I came here searching for community and I found it. ”