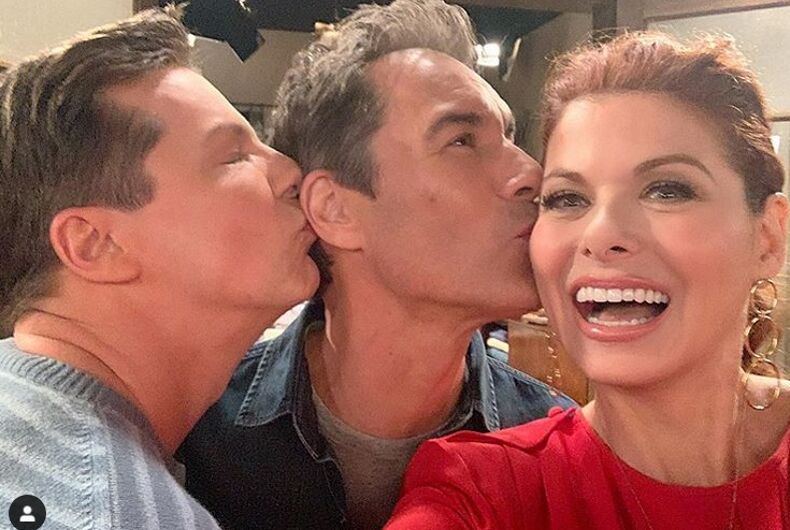 Fans believe that Will & Grace star Debra Messing threw fuel on rumors that she and co-star Megan Mullally are in a feud this past week.

In July, the show’s executive producers announced that its upcoming season will be its last. When Messing and Mullally unfollowed each other on Instagram, the rumor mill hit peak scandal. All the other stars of the show follow each other on social media.

And according to Instinct, the two actresses have been posting cryptic messages about losing their “attachment” to someone and not taking advice from people who don’t know what they’re talking about.

Related: Debra Messing & Susan Sarandon are having a celebrity grudge match on Twitter

Last Thursday, Messing posted a picture of her with co-stars Sean Hayes and Eric McCormack to Instagram.

“I love them so much,” she wrote, adding that Mullally wasn’t in that scene.

Another wrote: “It’s obvious something happened. They are both super active on social media and post stuff about the show but never with each other. It’s sad.”