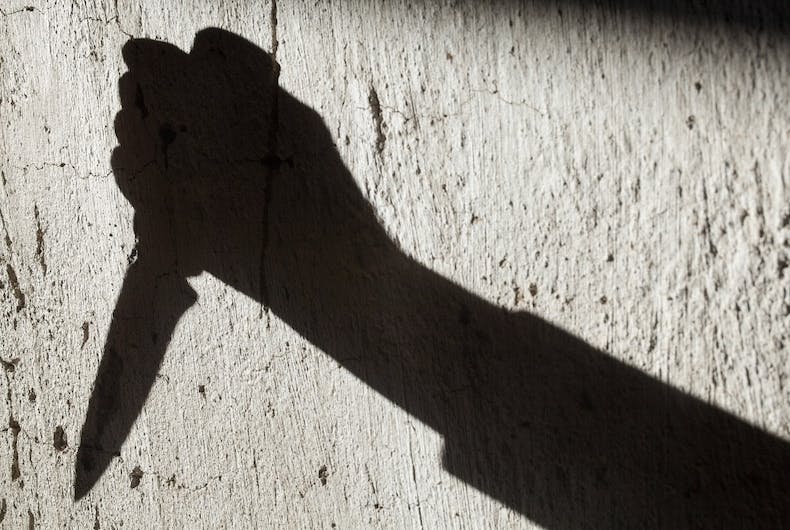 A man is facing hate crimes and murder charges for harassing and attempting to kill a man and his transgender partner.

Police believe that on June 22, Emmanuel Dash, 32, started knocking on doors in the Bedford-Stuyvesant neighborhood of Brooklyn looking for Diamond Lopez and Neil Ramin.

He found their door and started banging on it at 6 a.m. Lopez answered the door and Dash asked, “Are you Diamond?”

“I’m glad I know where you live because I don’t like gay people,” he allegedly said.

Dash pulled a knife and Lopez slammed the door. They got out of their apartment and found Dash in the street, where he pulled out the knife again and tried to charge them.

Related: A victim might need surgery after a possible hate crime in New York

The couple ran home, and Ramin tried to defend them with a stick. He was stabbed twice in the neck, leaving a six-inch gash and severing his vertebral artery. Ramin needed stitches to close the wound.

“This defendant allegedly violated the sanctity and safety of this couple’s home when he showed up at their door spewing hate, then escalated it to a violent assault,” said Brooklyn District Attorney Eric Gonzalez.

“There is no place for such ignorance and intolerance in Brooklyn, where we celebrate our diversity.”

“That boy is in jail,” Lopez said.

Dash faces a 25-count indictment, including assault, attempted murder, and multiple hate crimes charges. If convicted, he could be sentenced to up to 25 years in jail.

Does this pic prove that Debra Messing & Megan Mullally are feuding?