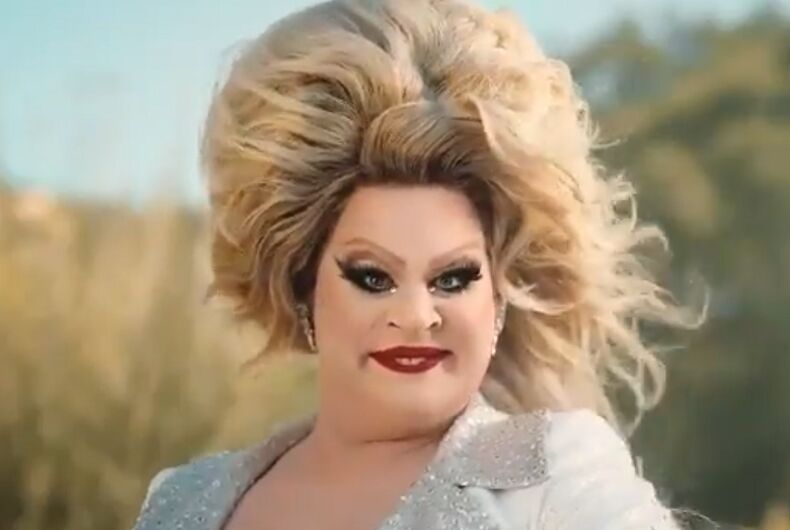 Pantene and West announced the ad campaign and shared a spot on Twitter.

In the ad, West is posing elegantly with the wind blowing through her hair. The camera zooms out and it turns out she’s on a tractor with a fan and a selfie-stick trying to take a good picture with her phone. She’s not on set, she’s on the job.

A woman off-camera shouts, “Get back to work!” and West says that being her season’s Miss Congeniality is “stressful enough.”

“But my hair is giving me life right now,” she says.

This isn’t the first time Pantene has features LGBTQ performers and everyday people in their ads. A 2018 ad made by Pantene Phillippines showed the story of a transgender woman growing up, accepting herself, and transitioning.

A December 2019 ad campaign entitled “I’ll Be Home For Christmas” included ads about transgender people going back to their families of origin for the holidays and included the music of the Trans Chorus of Los Angeles.

And ads for other brands owned by Procter & Gamble have had ads that include gay dads, gay Canadians, and a bisexual talk show host.

The ad will run during RuPaul’s Drag Race on VH1.

Togetherness will get us through the coronavirus pandemic