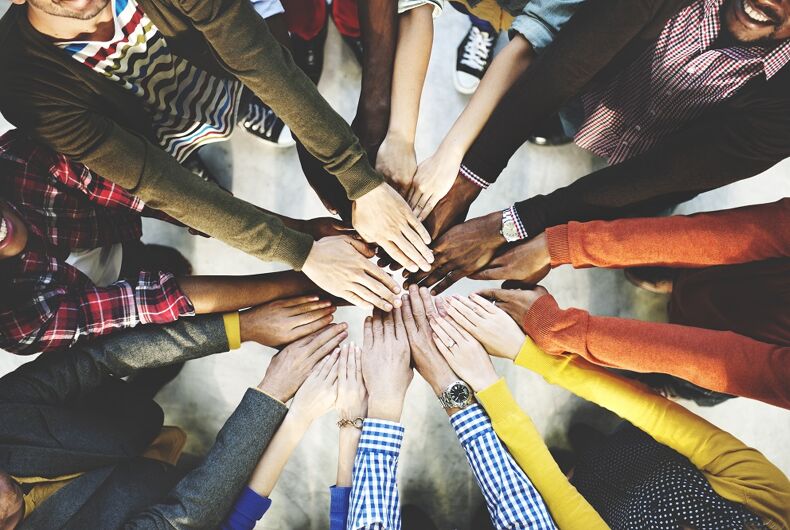 In a responsible response to the coronavirus outbreak, church and worship services across the globe are being canceled. Traditional Bible study has gone online. Sermons are watched on Zoom and old videos of singing church choirs have popped up in my inbox. Our global engagement with one another right now is social distancing while staying connected, revealing our acts of spiritual communion.

This pandemic doesn’t call for pandemonium, petty divisions, political wrangling, or panic buying. We are all in this together! Our collective concern should be about saving lives and not the momentary inconvenience to our lifestyles.

Related: Coronavirus is drowning Trump’s re-election chances. Is he about to sink?

This global crisis highlights how we are bound in shared humanity.

Medical historian and epidemic expert Howard Markel said: “Coronavirus is a socially transmitted disease, and we all have a social contract to stop it. What binds us is a microbe – but it also has the power to separate us. We’re a very small community, whether we acknowledge it or not, and this proves it. The time to act like a community is now.”

The act of an inclusive community is a difficult concept and lived reality to actualize. Markel’s words that we should act like a community are heartfelt, particularly in this time of polarization we witness on local, national, and international levels. This “us versus them” mentality infects places like even our churches that by their very essence mean community.

For example, on March 15, I was invited to be the guest preacher at a United Methodist Church. However, I didn’t preach because of COVID-19 warning to remain out of large group settings and maintain distance (approximately six feet or two meters).

In his letter inviting me he wrote: “Given the proximity of this year’s observance to the next UMC General Conference vote re: LGBTQ legislation in May 2020, it is important to us to invite a preacher who will encourage us during a tumultuous time in our relationship with our global connection and, to be honest, in our congregation’s own internal connections.”

Shortly after getting his letter, my smartphone flashed the Associated Press headline: “Methodists propose split in gay marriage, clergy impasse.”

I let out a long sigh of despair, thinking, why are we LGBTQ people of faith loving a church that doesn’t love us? On March 15, I looked forward to delivering a homily about healing our “isms.”

The proposed schism to be voted on in May at General Conference in Minneapolis would divide the nation’s third-largest denomination. While the current UMC will allow LGBTQ marriages and clergy, the impending split will create a new “traditionalist Methodist” denomination, allowing outright discrimination and denunciation of LGBTQ people in the name of God.

“The best means to resolve our differences, allowing each part of the Church to remain true to its theological understanding, while recognizing the dignity, equality, integrity, and respect of every person,” the proposal said.

In the sermon I didn’t preach, I wanted to convey that it is not enough just to look outside ourselves to see the places where society is broken. It is not enough to talk about institutions, churches, and workplaces that fracture and separate people based on race, religion, gender, and sexual orientation, and not see these prejudices and bigoted acts in ourselves.

We cannot heal the world if we have not healed ourselves.

And this self-healing work must be done in relationship with our justice work out in the world. This pandemic we are experiencing shouldn’t divide us as a community, a nation, or a world.

In Martin Luther King Jr.’s “Letter from a Birmingham Jail,” he was struggling to change a nation. King was disheartened to receive criticism from clergy he considered to be his colleagues and on the battlefield toward justice with him. However, King understood the interconnectedness of human life and the intersectionality of oppression.

Let us be united in this struggle together to not only heal ourselves of our indifference toward one another but to also heal a world fighting to save its life.

We have never been where we are today as a nation, from natural disasters to terrorist attacks, hate crimes and unmentionable acts of violence, to now a health pandemic.

In honoring the sanctity of all human life, let’s care for ourselves and each other.