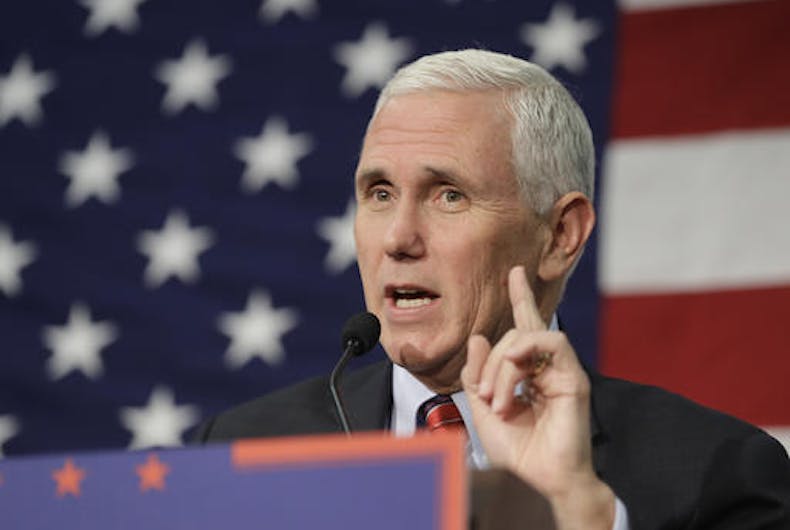 When it comes to emulating the Christian savior, one group of religious people are decidedly less Christ-like than others. White evangelicals are the most likely to reject the teaching most fundamental to their professed faith according to a new poll by the Associated Press.

Only a third of white evangelicals thought LGBTQ people should be protected from discrimination despite the New Testament verse warning, “If anyone says, ‘I love God,’ and hates his brother, he is a liar; for he who does not love his brother whom he has seen cannot love God whom he has not seen.”

56 percent of white evangelicals thought the wealthy should pay more to benefit the wider society, but only 50 percent thought assistance to the poor should be increased despite the Proverbs commandment, “Whoever is kind to the poor lends to the Lord, and he will reward them for what they have done.”

More than a quarter of respondents support the Trump administration policy of separating immigrant children from their families and placing them in cages to await deportation. Christ may have cherished children, but white evangelicals don’t feel the same apparently.

While the Christian New Testament is the basis of their faith, white evangelicals categorically reject most of the scripture’s teachings, instead choosing to throw their favor behind immoral politicians and faith leaders who make the accumulation of wealth the backbone of their “ministry.”

Standing in stark contrast, large majorities of Catholics, white mainstream protestants, nonbelievers, and non-white protestants all support the teachings of their faith – assisting the poor and immigrants, taxing the wealthy, and supporting civil rights for all citizens.

Was this woman’s 1878 case an early transgender court victory?