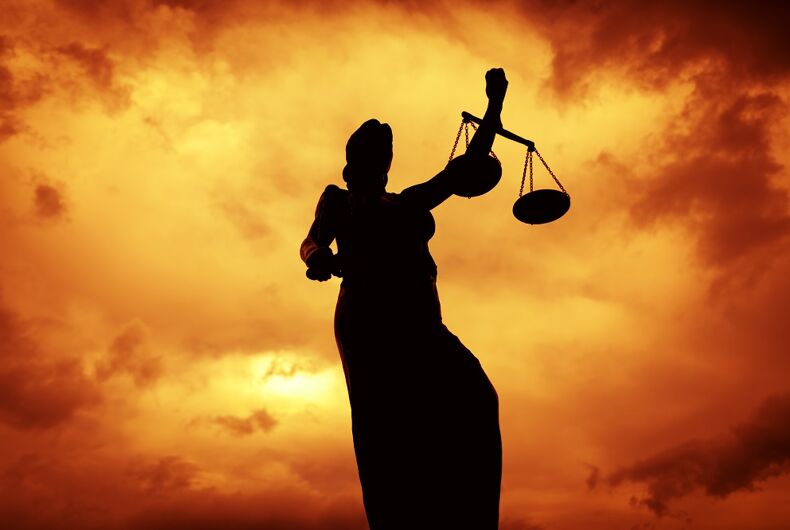 One of the go-to canards of anti-trans forces is that anything and everything even remotely trans is new – too new – and, therefore, is also frightening and illegitimate.

Of course, that has been a go-to canard for almost fifty years now.

Related: Court orders school to treat transgender student ‘just like any other boy’

And not always ending up on the short end of it.

One of the earliest English Common Law treatises – from the 13th century – addressed how “hermaphrodites” should be treated.  It didn’t identify any specific case, but it seems safe to assume that at some point before Henry de Bracton’s death in 1268 English courts were called upon to determine the legal sex of a person – probably to determine who would inherit some mid-level title of some sort.

To say that the word “hermaphrodite” is disfavored now would be an understatement, but it was still in wide usage in the 19th century.  And if you want to find newspaper articles and court cases that might be about trans people, “hermaphrodite” is one search term that you will want to use. Such a search will find the 1878 decision of the Illinois Supreme Court in Peipho v. Peipho.

Louis Piepho (how the name is spelled everywhere but the published 1878 decision) and Elizabeth Koch both were immigrants – he from Hanover, she from Baden. In 1863, while Louis was in the Union Army, the two married in Warsaw, Illinois. Louis returned to his regiment, survived the war and came home to live with Elizabeth until 1872 when, in Louis’s words, Elizabeth “became insane,” leading to commitment to the mental hospital at Jacksonville, Illinois.

Was she saddled with a “hysteria” diagnosis as far too many women of the time were? Or did she have some mental health condition that would be viewed as legitimate even today?

We don’t know – but we do that the words “became insane” come from a court action by Louis, trying to end the marriage.

The Hancock County Circuit Court sustained a demurrer to his pleading – meaning that even if everything he was telling the court was true, he should still not get what he wanted.

What makes the case significant is not simply one of Louis’s reasons for believing he was entitled to end the marriage but also the Supreme Court’s reasoning as to why he wasn’t.

He claimed that a year after the marriage he “became aware of the malformation of the genital organs of the said Elizabeth – she being what is known among naturalists as an Hermaphrodite, having the genital organs, in an undeveloped state, of both the male and female sexes, –that, in consequence of said malformation, whenever said Elizabeth was sexually excited, it was impossible for a male to have sexual intercourse with her.”

Despite being attributed to Louis, that verbiage in all likelihood was composed by his attorney Thomas C. Sharp.

(Here I digress, but to a worthy historical end: In addition to being an attorney, Sharp was a notorious newspaper publisher in western Illinois.  He’d also been a judge at one point.  But some decades earlier he had been a criminal defendant – one of the five people tried and acquitted of the murder of Mormon Prophet Joseph Smith.)

Louis was not the only 19th century man to make a “hermaphrodite” allegation to advantage himself in marriage litigation. Joshua Elkins had tried it in Indiana few years earlier; it didn’t work. He withdrew the charge and his wife Matilda was awarded a divorce based on “ill-treatment.”

Sharp, though, took the hermaphrodite claim one step further, implying Elizabeth might actually be a man. He felt sure that the court would not rule in favor of either of the arguments put forth against granting the divorce – that an insane person couldn’t be sued for divorce at all or that Louis had waited too long to try to get out of the marriage.

The former played no part in the court’s exceedingly short (six paragraphs) decision.

“[N]o complaint on account of the cause alleged seems to have been made by complainant until in May, 1876; nor was there any election on his part to avoid the marriage contract on that ground until at that time. This was more than thirteen years after the marriage. For near eight years complainant cohabited with appellee, with full knowledge and without complaint of this cause.”

The court then got even more blunt, declaring that Louis “must be taken to have accepted the situation, and can not now be heard to complain. Mere motives of delicacy are not a sufficient explanation of such long continued acquiescence.”

As for that last sentence?  It refers to Louis asserting he’d waited so long because he was too sheepish to talk about such matters – and that he eventually did so because aspects of Elizabeth’s physical existence had “become known from other sources.”

But the other sentence?  Perhaps the court had somehow become satisfied that Sharp’s final jab at Elizabeth was not accurate.  But on its face it seems as though the court was far more annoyed at Louis for waiting than it was concerned that it might actually be beating Massachusetts in the race to legal same-sex marriage by 126 years.

The (published) marriage decisions involving trans legal identity have been mostly bad, though occasionally good. Apart from a 1979 Australian decision which ruled an intersex man to be neither male nor female, they all found a way to put the gender-nonconforming person into an M box or an F box. Only the Illinois Supreme Court of 1878 said that time made the issue irrelevant.

Of course, we ultimately don’t know what all might have swayed the court. Elizabeth’s medical records are absent from the court file; those still in the possession of state medical authorities are sealed.

All we really have is a thin court file and decision.

Some might see an examination of Elizabeth’s life as an invasion of privacy even in the opening weeks of the third decade of the 21st century.  Well, it is.  But the invasion began no later than when Louis brought the matter to court.

That bell can’t be unrung.

And we deserve to know our history – even if it involves a woman, long deceased, who may not have actually been part of it.

To bastardize the epilogue of Barry Lyndon: It was during the presidencies of Lincoln, Johnson, Grant, and Hayes that the aforesaid personages lived and quarreled; cis or trans, intersex or otherwise, they are all equal now.