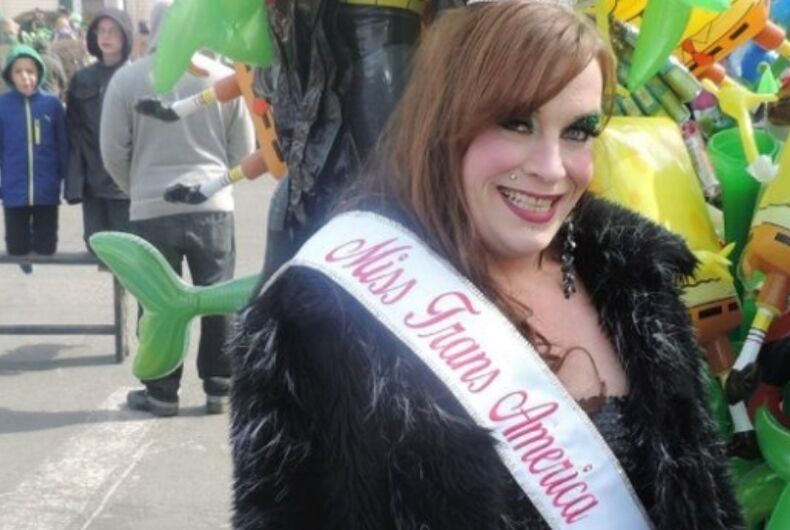 Christa Leigh Steele-Knudslien was the founder of the Miss Trans America and Miss Trans New England pageants, in addition to being named as “integral to the creation of” New England Trans Pride. “She was well known in the Massachusetts LGBTQ community for activism,” local reports reflect.

Unfortunately, she would became the first transgender person to be murdered in 2018. Steele-Knudslien was found in her North Adams, Massachusetts home on January 5 of that year, following her husband Mark Steele-Knudslien’s admission to police. This week, Mark changed his plea to guilty and was sentenced to life in prison, with the possibility of parole in 25 years.

Mark had turned himself in shortly after Christa Leigh’s death, walking into the Adams police and admitting he “had did something bad.” He claimed in his initial, 29-minute interview with them that after being “belittled” by Christa Leigh, he had “snapped”, hit her “numerous times” with a hammer, and then stabbed her in the back. He then wrapped her body in a tarp, left her in their basement, showered, and went to buy alcohol.

The Adams police informed the North Adams and Berkshire Police, who discovered Christa Leigh’s body and their house just as Mark had described. Despite this, he plead not guilty at his arraignment and had maintained his innocence up until this point.

Christa Leigh’s autopsy at the time revealed she died due to a combination of blood loss and blunt force trauma to her head. She would go on to be one of 26 known transgender murder victims of 2018, according to the Human Rights Campaign.

“I send my heartfelt condolences to those who loved Christa dearly and the entire transgender community who looked up to her as a leader,” Berkshire County District Attorney Andrea Harrington said in a statement following Mark’s sentencing. Harrington noted that this was “yet another horrific domestic violence homicide” in the area, and her office is committed to prosecuting abusers.

Christa Leigh had originated from Rochester, Minnesota and had been married since at least April 2018, although she referred to Mark as “her husband” since at least January – pledging to make their relationship work in Facebook posts. While there was never any recorded reports of domestic violence in their relationship, police said that people in the area knew of their “neighborhood disputes.”

Mark offered no statement or further explanation at his sentencing.

Lorelei Erisis, who won the first Miss Trans New England Pageant title in 2009, said to the Human Rights Campaign that Christa “made it a mission to have a party around being trans.” Miss Trans America was planned to launch “internationally” in 2019.

“She [gave] me the boost I needed to do almost everything I do today,” Lorelei told them in 2018. “She almost single-handedly created the community that all of us benefited from.”