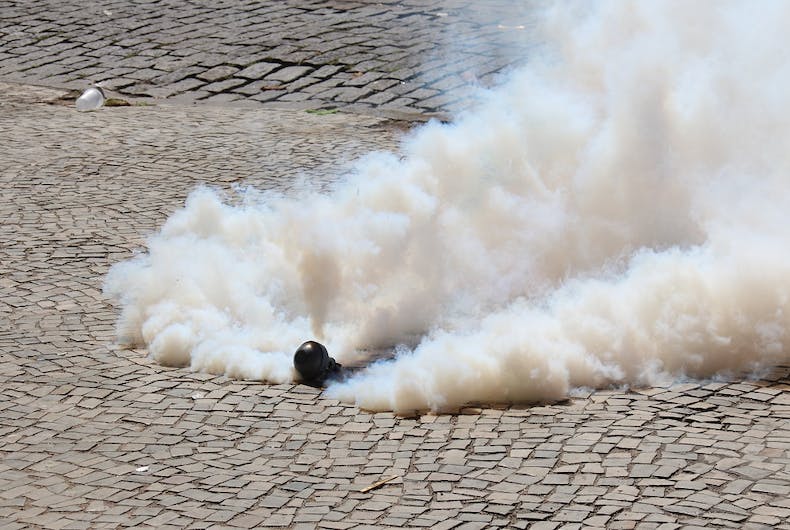 A gay couple was attacked with tear gas in their own home after they refused to give more money to someone who was blackmailing them.

The couple, from in Épinay-sur-Seine, near Paris, France, has not been identified in the media.

According to law enforcement documents, the problem started when they hooked up with a 19-year-old man, Le Parisien reports.

The younger man later contacted the couple and said that he caught an STD from them and demanded money in compensation. He provided no proof of getting an STD or that he got it from them.

It’s not clear exactly what the couple was afraid of – they are legally married – but they started transferring money to the younger man. In several payments, they sent him 4000 euro (about $4400).

But that wasn’t enough to satisfy the alleged blackmailer. Early Monday morning at 1 a.m., someone knocked on the couple’s door. They opened it to find four people wearing masks.

The strangers said that they were sent by the younger man and asked for money. The couple refused to give them anything, and the masked people sprayed them with tear gas.

The attackers left, but the couple was finally scared enough to go to the police.

Police said that they haven’t identified the people in masks and that the young blackmailer couldn’t be found in his home.