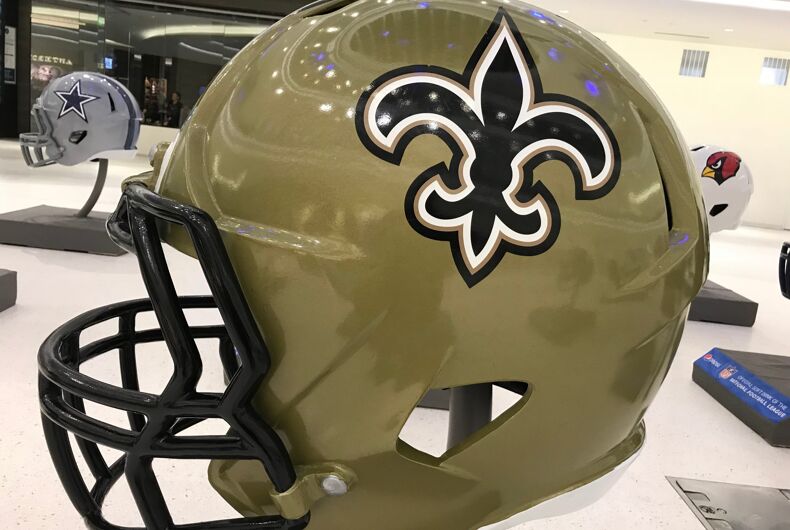 An NFL owner and her relationship with a bishop of the Catholic Church is under scrutiny, and she may have to testify in court if a new lawsuit moves forward.

The New Orleans Saints, principally owned by Gayle Benson (who also owns the NBA’s New Orleans Pelicans), received a lawsuit from the alleged victims of sexual abuse by members of the Archdiocese of New Orleans. The plaintiffs claims that the organization has helped in covering up their crimes, and assisted in PR efforts to rehabilitate the Church’s image. They are asking a court-appointed special master to decide whether the communications should remain confidential or not.

Related: Everyone – including the Vatican – wanted to see a Elton John biopic happen

The Associated Press first detailed the revelations of the accusations levied against Benson and the Saints, and also filed a motion in support of the plaintiffs’ requests to unveil the communications. At least 276 documents were obtained by male victims of the church’s clergy members that indicated that the Saints had “aided the Archdiocese of New Orleans in its ‘pattern and practice of concealing its crimes.’

In a statement, the NFL team confirmed it was providing “advice” and “counsel” to the Archdiocese. Senior Vice President of Communications Greg Bensel is named as a person who “was contacted and offered input on how to work with the media” for the church. One publicized communication between the team and the Church includes Bensel asking the Archdiocese’s spokespeople if there was “a benefit” for the Church “to saying we support a victim[‘s] right to pursue a remedy through the courts.”

“The advice was simple and never wavering. Be direct, open and fully transparent, while making sure that all law enforcement agencies were alerted,” they write in bold letters in the statement. While the Saints limit the scope of their comments to their involvement with the Archdiocese, they write that they “were and remain offended, disappointed and repulsed by the actions of certain past clergy.”

However, it’s the relationship between Benson and Gregory Aymond, the Archbishop of New Orleans, that is being examined further. Benson has “given millions of dollars to Catholic institutions” and frequently mingles with Aymond at both church and Saints events. Now, lawyers are requesting Benson’s testimony, among others.  While maintaining that “The New Orleans Saints organization has always had a very strong relationship with the Archdiocese,” the team also claims they “remain steadfast in support of the victims who have suffered and pray for their continued healing.”

“Further, the Saints have no interest in concealing information from the press or public,” they continue, insinuating that there is just no need to publicize the documents that the victim’s counsel has requested until they “are admitted into evidence at a public trial.”

Kevin Bourgeois of the local chapter of Survivor’s Network of those Abused by Priests (SNAP) told NBC News in a statement that the Saints “have chosen to protect an institution instead of protecting children.”

“This is an embarrassing move from a team that has no business being involved in this situation in the first place,” Bourgeois asserts.

These lawsuits stem from the Archdiocese’s continual employment of George F. Brignac, a former deacon who has been accused of sexual abuse of children several times since 1978. The Archdiocese continued to allow Brignac access to its churches and schools while he served as a Knight of Columbus until 2018, despite his removal from service following a 1988 accusation. The Archdiocese has already settled several lawsuits and considered Brignac a “credibly accused” minister.

Benson is the widow of former team owner, Tom Benson, who bought the Saints in 1985 and the Pelicans in 2012. Their ownership passed to her upon his death. Tom and Gayle met at the mass in memorial of Tom’s first wife, Grace, in 2003 at the St. Louis Cathedral.

The NFL “was advised of the matter by plaintiffs’ attorneys, because the Saints’ emails used the team’s nfl.com domain,” the Associated Press reports, but they have not issued any comment. The Archdiocese’s spokesperson alleged prior to this lawsuit that these victims wants a “proverbial witch hunt with respect to decades-old abuse”…to “unfairly try to tar and feather the archdiocese.”

State legislatures are filled with anti-LGBTQ measures, thanks to a religious right playbook