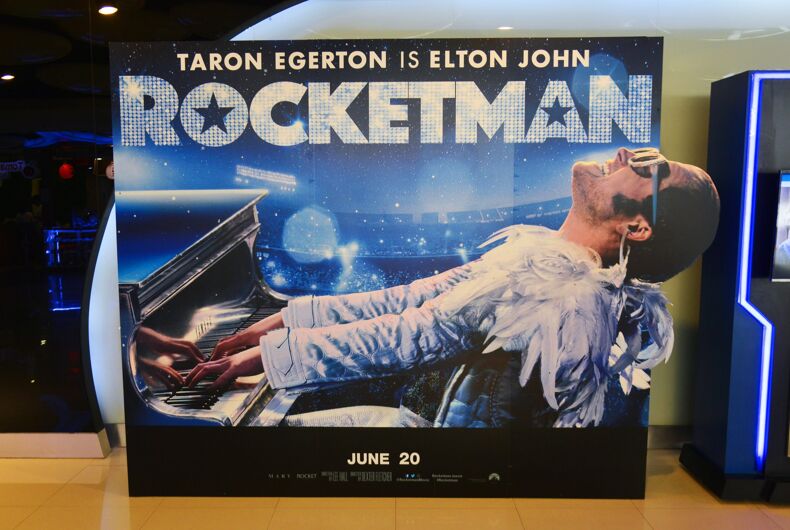 Ad of biographical musical drama Movie “Rocketman” based on the life of musician Elton John, displayed at a theater in Bangkok, Thailand.Photo: Sarunyu L / Shutterstock.com

An Italian newspaper has reported that venture group Centurion Global Fund is under the majority control of the Secretariat of State in the Vatican. Centurion helped put up the money for several projects – including Rocketman, the Rated-R Elton John biopic starring Taron Egerton and Richard Madden, who share a sex scene in the film.

Donations to Peter’s Pence made up a majority of funds that Cardinal Secretariat of State Pietro Parolin used to put into Centurion, which is based in island country Malta. Peter’s Pence is “an annual, voluntary collection from parishioners” that is “destined to Church needs, to humanitarian initiatives and social promotion projects, as well as to the support of the Holy See.”

The Secretariat oversees the department that manages all the political and diplomatic operations of the Holy See and the Vatican City State, where the Pope resides. This revelation comes from inside an investigation into alleged inappropriate use of funds within the Catholic Church. “At least two-thirds” of Centurion’s funding comes from the Secretariat of State, according to the report in Corriere della Sera, a Milan-based newspaper.

Centurion is reported as putting up over the equivalent of $1 Million toward Rocketman – other projects they reportedly funded include the film Men In Black: International with bisexual lead Tessa Thompson (receiving approximately $3.6 Million), and Italia Independent, a sunglasses venture by the grandson of Fiat CEO Gianni Agnelli. The report focuses on the losses these ventures have taken, as Men In Black is considered a box-office bomb, and Italia “looks like a loss” for the venture group, which put over $6.6 Million into the company.

Rocketman is reported as one of the first major Hollywood blockbuster films to feature a gay sex scene on-screen, which led to it being censored in multiple homophobic countries such as Russia and Malaysia, and even on Delta Airlines.

“I’m proud Rocketman is the first major studio film with a gay love sex scene in it,” Sir Elton John told The Mirror during Rocketman‘s release. “If I’d left it out, I’d have felt I was cheating people.”

In reference to the sex scenes, John said of viewers that “If they don’t like it, I understand, but it’s part of who I am. That night [from the scene] was a very, very important part.”

According to the National Catholic Register, “The Vatican hasn’t published a budget since 2015 and has been without an in-house auditor since the previous one, Libero Milone, was ousted in 2017.” The Vatican has previously denied any of the financial misconduct allegations published in Corriere della Sera, but has not immediately responded to these new claims.

Why are these supposed pro-LGBTQ big businesses partnering with a hate group?