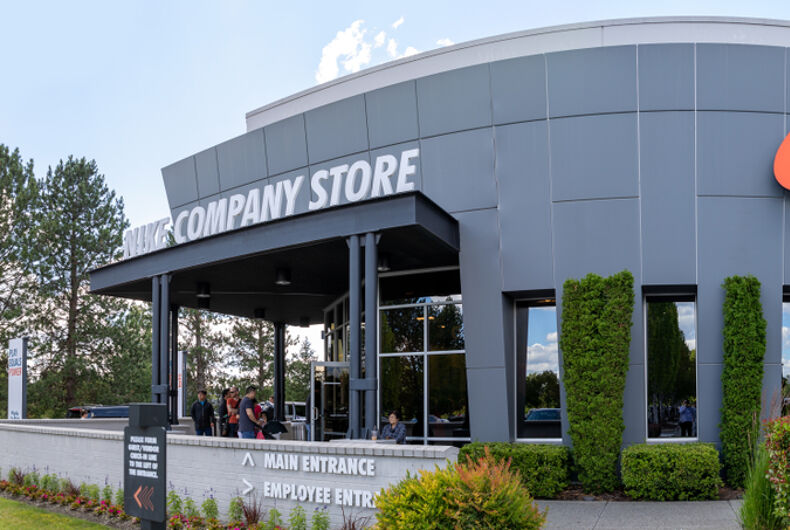 A computer engineer formerly employed at Nike’s headquarters has filed a lawsuit against the multibillion-dollar corporation and their staffing agency for gender based discrimination, harassment and retaliation, according to the Williamette Week.

Jazz Lyles identifies as transmasculine/nonbinary, and in the Williamette article are defined as identifying with masculinity more often than femininity. They were personally chosen to work at Nike’s headquarters in Beaverton, Oregon in May 2017 on behalf of California IT staffing agency Mainz Brady.

Lyles “stressed the importance” from the beginning that Nike would be respectful of their trans identity and they/them/theirs pronouns. Yet, the staff at Nike’s Digital department took it upon themselves to misgender them as a woman both in person and in digital correspondence, despite Lyles’ insistence that they did not identify as a woman.

At least one employee at the athleisure brand told Lyles it was against her religion, and would “compromise” their beliefs, to refer to Lyles as they identify. Others declined to use Lyles’ pronouns or identity when corrected, with at least one choosing to ignore Lyles altogether rather than correct themselves.

Upon being transferred to a new team in January 2018, employees there were even more apprehensive to respecting their new team member’s identity. One co-worker allegedly told Lyles that they only knew they were “not supposed to call [them] ‘shemale’.” When gender identity training came to Nike HQ later that month, only some of the people that worked with Lyles were told to partake in it, not others in the department or other divisions, essentially ‘singling out’ Lyles as the issue.

After a year, the computer engineer took a medical leave and began working from home. When Lyles’ Nike manager tried to hire them permanently, they were overruled due to what the company claims was a ‘hiring freeze’, and they let Lyles’ contract expire. Lyles filed a complaint with the Bureau of Labor and Industries (BOLI) in Oregon in 2018 – to which Nike’s lawyers told the bureau that “Lyles was a mediocre [contractor] with a limited skill set.”

Lyles’ initial complaints came at a time where several female employees filed lawsuits regarding sexual harassment and hostile work environments at the Nike headquarters as well, highlighting the company’s alleged bias against any non-male identifying people. “I felt invisible and unheard and silenced,” Lyles said at the time.

Now, Lyles has retracted their BOLI complaint and filed a lawsuit against Nike in an Oregon court instead. “Nike had a pattern and practice of turning a blind eye to reported and known harassment, instead blaming the harassed, treating them as the problem and as troublemakers, all the while failing to ever investigate or take corrective action to remedy the harassment,” the lawsuit reads.

Although the company spokesperson for both Nike and Mainz Brady declined to comment on the matter to the Williamette Week, managers at Nike admitted during the BOLI inquiry that the company was “ill-prepared to integrate” a non-cisgender employee. Two of Lyles’ superiors claimed he never knew of their pronouns or gender identity, although that was consistently noted throughout the application process and Lyles’ employment. When it became an issue, they had to have division-wide “conversations” about the “problem” of respecting an employee’s identity.

“They talked a great game on LGBTQ issues, but when you ask them to actually stand up for these issues, it gets communicated to you that you are the problem,” Lyles said.

Now, both Nike and their staffing agency will have to answer for their alleged problems in a court of law.

A school board trustee compared LGBTQ children to vampires & cannibals. He just won an award for it.