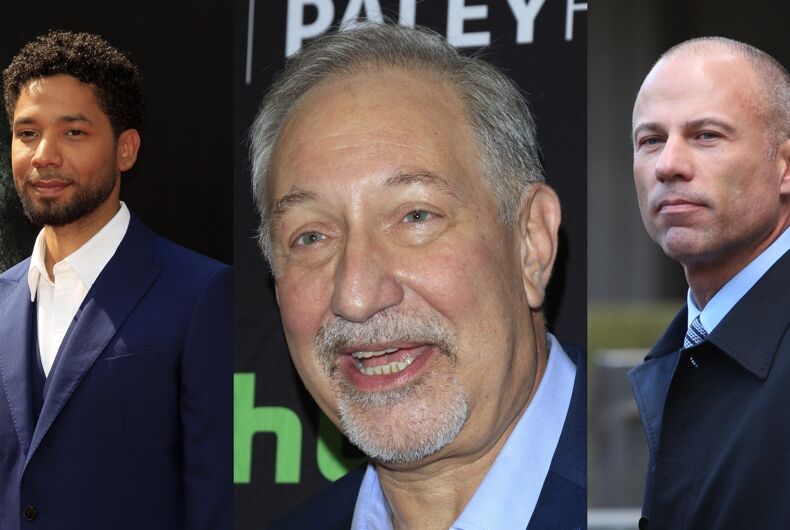 Avenatti was released on a $300,000 personal recognizance bond after a brief court hearing and was ordered to have no contact with Geragos.

Authorities allege that Avenatti and Geragos concocted an elaborate scheme meant to force the athletic apparel company into paying them millions of dollars to keep quiet about allegations the company paid the families of student athletes to get them to wear their products.

Avenatti allegedly threatened to hold a press conference meant to coincide with the company’s quarterly earnings report and the start of the NCAA basketball championship tournament.

The criminal complaint says Avenatti would refrain from holding the press conference “only if Nike made a payment of $1.5 million to a client of Avenatti’s in possession of information damaging to Nike … and agreed to ‘retain’ Avenatti and [the co-conspirator] to conduct an ‘internal investigation’ — an investigation that Nike did not request — for which Avenatti and [the co-conspirator] demanded to be paid, at a minimum, between $15 [million] and $25 million.”

On the day he was arrested, Avenatti and a cooperating witness spoke with lawyers for Nike “during which Avenatti stated, with respect to his demands for payment of millions of dollars, that if those demands were not met ‘I’ll go take ten billion dollars off your client’s market cap … I’m not f—ing around.’”

Avenatti was arrested approximately 15 minutes after tweeting that he would hold the conference today to disclose “criminal conduct” by corporate executives. Nike was already cooperating with federal authorities in an investigation into the alleged misconduct.

“Avenatti’s conduct had nothing to do with valid advocacy on behalf of a client or any other kind of legitimate legal work,” U.S. Attorney Geoffrey Berman said after the arrest. “Instead, Avenatti used illegal and extortionate threats for the purpose of obtaining in payments for himself.”

“A suit and tie does not mask the fact that at its core, this was an old-fashioned shake down.”

“For the entirety of my career, I have fought against the powerful — powerful people and powerful corporations,” Avenatti told reporters after he was released. “I will never stop fighting that good fight.”

“I will be fully exonerated and justice will be done.”

Avenatti is also facing charges of bank fraud and embezzling money from a former client in separate cases. He did not address those allegations.

All charges against Jussie Smollett have been dropped