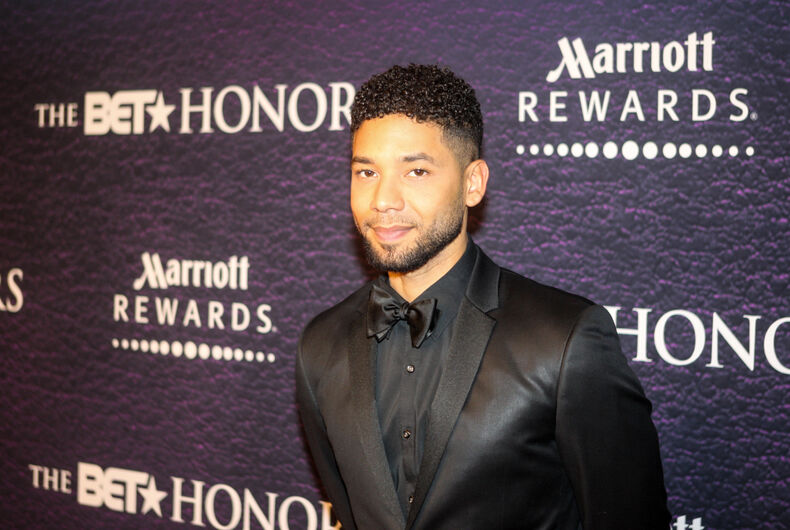 All charges against out actor Jussie Smollett, who was accused of faking a racist and homophobic hate crime in Chicago earlier this year, have been dropped according to his lawyers.

Police originally said Smollett orchestrated the attack with the help of two other men in an attempt to bump up his salary on the hit show Empire.

“He was a victim who was vilified and made to appear as a perpetrator as a result of false and inappropriate remarks made to the public, causing an inappropriate rush to judgment,” his attorneys said in a prepared statement.

“After reviewing all of the facts and circumstances of the case, including Mr. Smollett’s volunteer service in the community and agreement to forfeit his bond to the City of Chicago, we believe this outcome is a just disposition and appropriate resolution to this case,” the state’s attorney’s office said.

Smollett was indicted on 16 felony counts by a grand jury. He pleaded not guilty.

“Jussie is relieved to have this situation behind him and is very much looking forward to getting back to focusing on his family, friends and career.”

Chicago police and Mayor Rahm Emanuel, however, were not behind the decision to drop the charges and let their opinions be known in a press conference.