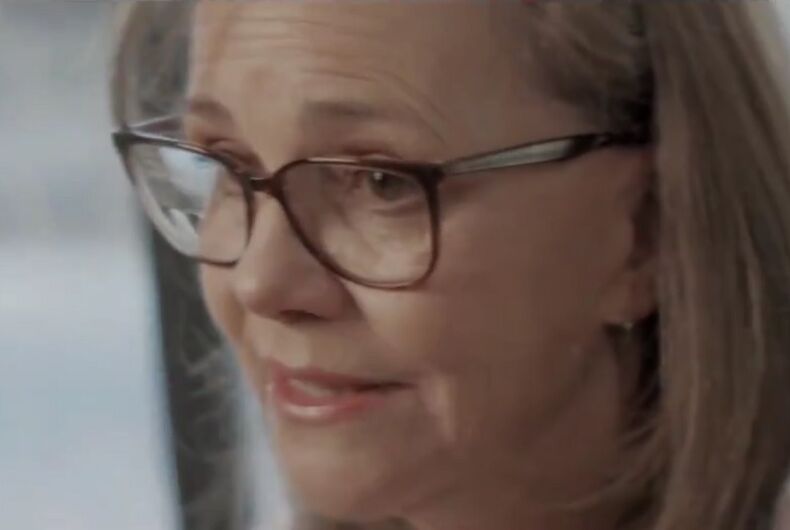 Oscar winner Sally Field spoke out in support of the Equality Act in a moving video. The video, produced by HRC, shows Field talking to her son Sam Greisman through an app about the Equality Act.

“Sam’s journey was a different one than his older brothers’,” Field says to the camera.

“Being with him, watching him finally be able to be all that nature intended him to be. It was not an easy road for him. He wanted to be like his big brothers and nature had given him other gifts.”

Related: Sally Field is trying to set up her gay son with Adam Rippon

It was introduced in both houses of Congress but faces an uphill battle in the Republican-controlled Senate.

But pushing for it now will make it easier to pass in the future.

“As long as I am upright, I will fight for this,” Field said.

The #EqualityAct extends civil rights protections to my son and all LGBTQ people across the nation. I’m proud to join @HRC in supporting this historic piece of legislation.
pic.twitter.com/pWV5j9oyrj