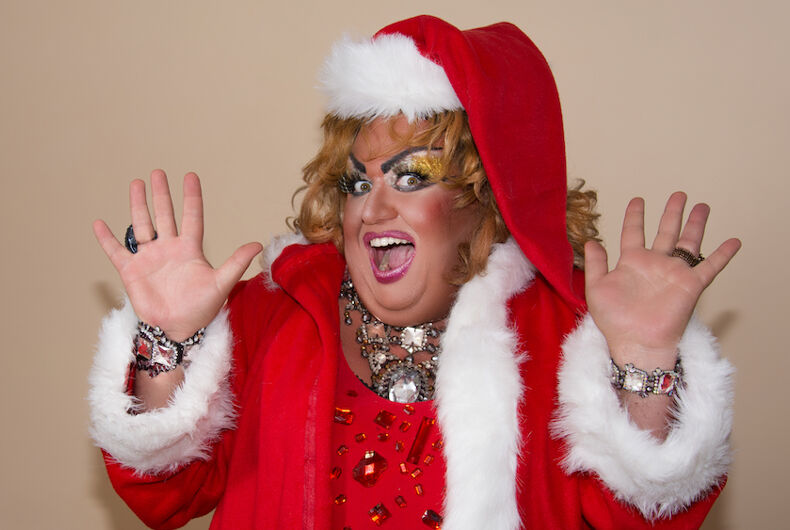 A far-right Catholic nonprofit group called the American Society for the Defense of Tradition, Family, and Property (American TFP) is trying to shut down an upcoming performance of A Drag Queen Christmas, a touring holiday-themed show featuring performers from RuPaul’s Drag Race.

The group accuses the drag show of “blurring the lines established by God regarding sexuality” and of being “an insult to the birth of Christ… [and] a danger to our children and society.”

The group, which the Southern Poverty Law Center has called “a virulently anti-LGBTQ group,” has started a petition to try to shut down a December 17 performance of the show at Kansas City, Missouri’s Folly Theater. At the time of publication, their petition has reached 14,356 signatures of its 30,000 signature goal.

If you haven’t heard of American TFP, the group has been working since 1973 to stop “the social acceptance of homosexual practice; anti-discrimination laws that give homosexuals a privileged status; the lifting of ‘Don’t Ask, Don’t Tell’ in our military; homosexual adoption; domestic partnerships, civil unions, and same-sex ‘marriage.’” They also oppose contraception, abortion, and much more.

Their protest of A Drag Queen Christmas follows an increasing anti-LGBTQ conservative trend of protesting drag shows, especially as drag becomes more mainstream, more political, and increasingly attracts a younger fanbase of preteens and their parents.

In August 2019, the transphobic group, the Proud Boys, protested an all-ages drag fundraiser in a Denver, Colorado comic book shop. Numerous hate groups and “Christian” loons have also protested against Drag Queen Story Hour events in local libraries, claiming that it is not “morally safe” and is being pushed by “aggressive LGBTQ activist groups.”