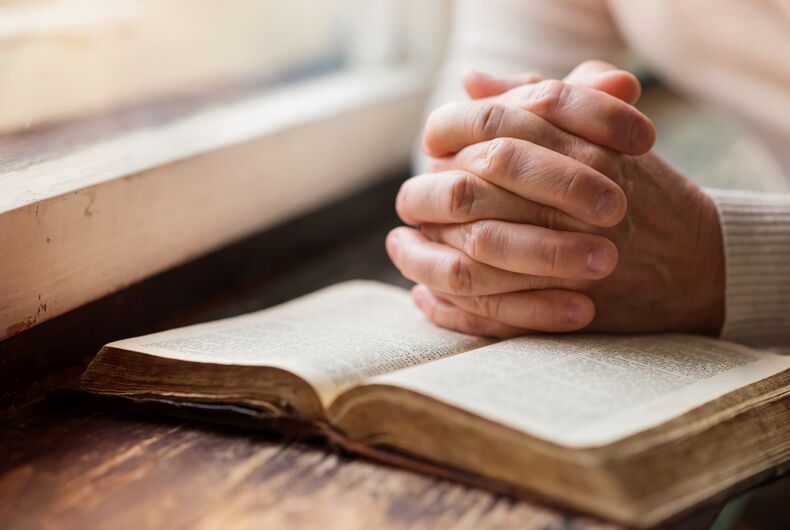 The Family Research Council (FRC) is praying for an end to Drag Queen Story Hour and citing a Bible passage that calls for death in their prayer while associating drag queens with child molestation.

The whole thing sounds a lot more ominous than what it really is: drag performers reading books.

They even associate it with child molestation, calling Drag Queen Story Hour “the greatest grooming program ever devised” and that child molesters are “are laughing all the way to the bank.”

The prayer email concludes: “Father, our land is awash in sexual immorality and confusion. You promise to judge us for all such behavior. God, help us to intervene in righteousness to prevent the abuse of little children across our land. This has gone way to [sic] far! Help us, O God! (Mt 18:2-7; Rom 1:18-32; Col 3:3-7)”

Joe.My.God. points out that Romans 1:18-32 is about homosexuality, referring to men who “abandoned natural relations with women and were inflamed with lust for one another” and women who “exchanged natural sexual relations for unnatural ones.”

The verses say “those who do such things deserve death.”

Considering how many Drag Queen Story Hours have been interrupted by aggressive outsiders, it is perhaps irresponsible to cite a Bible verse about people deserving death while discussing the events.