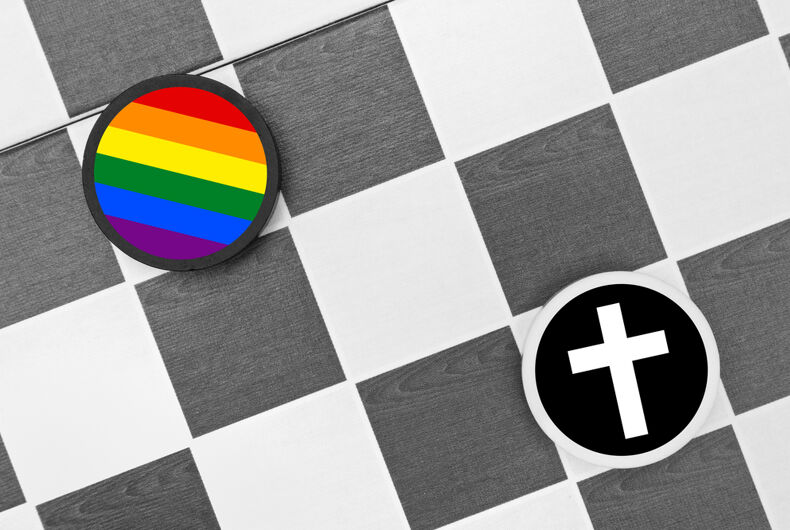 Carl and Angel Larsen, who run the videography service Telescope Media Group (TMG), said they want to expand into the wedding business and would if they can get an exemption from the anti-discrimination laws that apply to businesses.

Because you see, what they described aren’t your typical wedding videos, a personal document of a happy couple celebrating their love with friends and family. Rather, these would be promotional videos spotlighting what the Larsens assert is the only valid type of marriage, that of one man and one woman.

According to court documents, TMG would have total creative license over this content, and all couples would be required by contract to allow TMG to publicly display the videos as educational tools opposing same-sex marriage.

The primary goal would not be to capture a best man’s moving toast or Uncle Roger’s embarrassing polka dancing, but to package these special moments as marketing materials for the Larsen’s limited notion of marriage.

It is unclear how, in practice, the videos TMG describes would differ from traditional wedding videos since they’ve yet to create one. It is also unclear why ADF believes LGBTQ couples would eventually sue for the right to pay to have their wedding featured in what ADF has essentially described as anti-LGBTQ propaganda.

ADF argued that this business should be shielded from the consequences of breaking anti-discrimination law if and when the time comes that its owners choose to discriminate.

What ADF has described to the court and in the media is not an actual scenario based in fact. It is a hypothetical that is deliberately crafted to take advantage of laws regarding speech, religion and discrimination.

Because it centers on interactions that haven’t occurred and content that doesn’t exist, it’s almost impossible to interrogate. Our basic rights and freedoms cannot be based entirely on “what ifs.” That’s not how it works. That’s not how any of this works.

Given the case’s many unsupported logical leaps, I’m hopeful that human rights protections – and common sense – in the law will win out. But I’m under no illusion that it ends with a chastened ADF going home to Arizona.

ADF and other fringe organizations are determined, as Judge Jane Kelly wrote in her dissent, to “carve out an exception of staggering breadth” in anti-discrimination laws. Elements of this argument can be heard throughout ADF cases like Hobby Lobby, Masterpiece Cakeshop and Arlene’s Flowers.

Under the auspices of “religious freedom,” again and again they are coming before the court, representing for-profit commercial businesses, seeking an opt-out from laws that apply to everyone else. Worse, they’re sometimes getting it.

As in Masterpiece Cakeshop and the others, Telescope Media Group v. Lucero has never been about religious or artistic expression.

Hiding just behind its First Amendment claims, this case is about trampling common decency and community, and upending the government’s critically important role in ensuring that we don’t return to some of the worst parts of our history.

Minnesotans deserve better than this mockery of our values. The fight for social justice is far from over, but the ADF would have us turn back the clock on generations of progress we’ve made toward a kinder, more compassionate and just world.

Jess Braverman is the legal director at Gender Justice, where she ensures that litigation strategy not only promotes the dignity of our clients but also advances the mission of removing barriers to gender equity.

Is this hate group asking for a violent end to Drag Queen Story Hour?