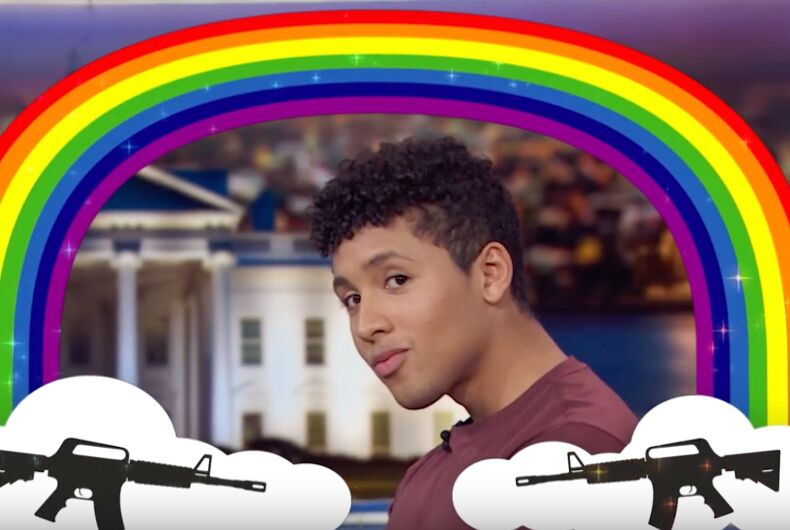 With the recent news that many straight men don’t recycle because they perceive it as “feminine” and don’t want friends to think they’re gay, could that mindset be shifted to guns? If we make guns “gay,” will they suddenly become toxic?

Explaining his reasoning to host Trevor Noah, Young-White pointed out just how gay guns actually are.

Related: The FBI seized 25 guns from a teenager arrested for threatening to shoot up a gay bar

“Right off the bat, guns are what? Long, hard, [and] the best ones are black,” he said. “And where do people keep their guns, Trevor? In the closet.”

“Even the names of gun laws sound gay. Concealed carry? That’s like every username on Grindr. The law might as well be called, ‘Assbreaker37.’ And Stand Your Ground? That sounds like a Kelly Clarkson gay anthem,” he joked before launching into a hilarious melodic example.

The entire bit is arguably the funniest segment The Daily Show has aired lately.

The president of Iceland trolled Mike Pence over LGBTQ rights