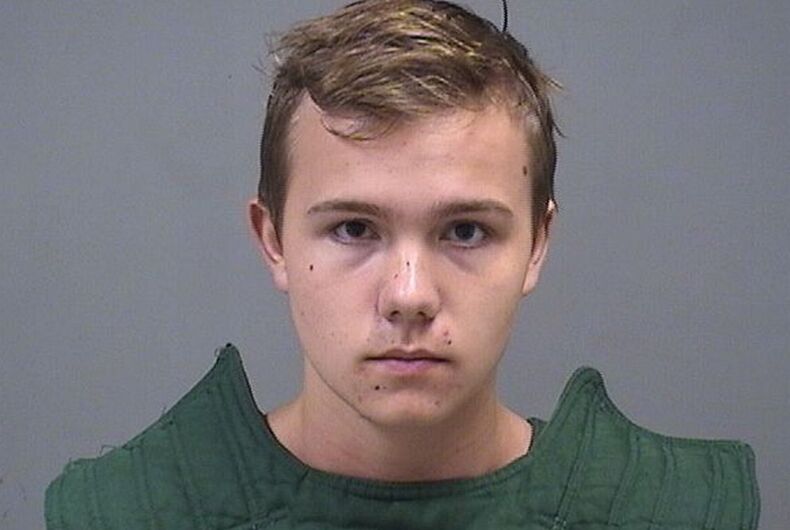 An Ohio teenager has been arrested after threatening to open fire at a gay bar and a Planned Parenthood clinic. 18-year-old Justin Olsen was taken into custody after making repeated threats online.

When the FBI raided Olsen’s home he shares with his father, they seized 25 guns and over 10,000 rounds of ammunition the teen had been stockpiling. In May when he turned 18, Olsen had bragged online that he couldn’t “wait to start stockpiling weapons,” according to a police report.

15 rifles and 10 semi-automatic pistols were taken by authorities. Olsen had also posted photos of an AR-15 parts kit, saying he planned on purchasing it to build his own semi-automatic rifle. The gun has been used in previous mass shootings for its ability to fire multiple rounds quickly.

Related: A white supremacist plot to bomb a gay bar was foiled by a former pro wrestler

Olsen moderated an online chatroom where he made the threats. Another member of the group reported him to the FBI. The federal law enforcement agency partnered with local police to apprehend Olsen “in light of the recent mass shootings in the United States.”

Olsen is charged with aggravated menacing, but claims he was only making jokes about shooting federal agents and LGBT people.