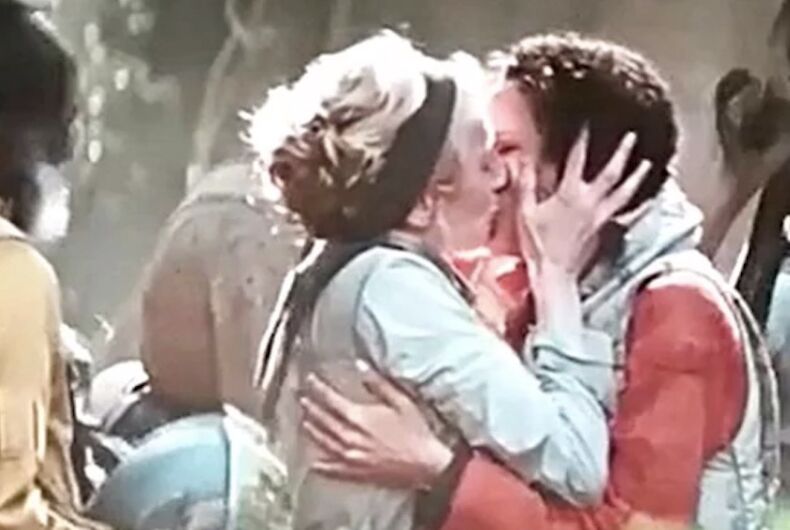 The lesbian kiss scene from Star Wars IX: The Rise of Skywalker cut from the Singapore release of the sci-fi filmPhoto: Disney

Authorities in Dubai and in Singapore’s media regulatory board, the Infocomm Media Development Authority (IMDA), threatened Disney and Lucasfilm to either cut a brief lesbian kiss from the end of Star Wars IX: The Rise of Skywalker or else lose their film’s PG-13 rating. Disney and Lucasfilm removed the kiss from its Singaporean and Dubian release.

The kiss on the lips occurs between Commander D’Acy and another female Resistance fighter. It lasts barely two seconds near the end of the film’s 142-minute running time. While Chinese censors allowed the kiss to stay, an R rating in Singapore would’ve made the film inaccessible to its younger fans, hurting its financial success abroad.

Kissing and same-sex relationships between women aren’t outlawed in the conservative and predominantly Buddhist nation of Singapore. But even though it permits queer people to change their legal gender and serve in limited military positions, it offers no other LGBTQ rights whatsoever.

In fact, the country has criminalized “any act of gross indecency” between two men and any consensual adults meeting “for any other immoral purpose” — vague laws allow the state to harass its queer citizens under the guise of stopping drugs, subversion, and sex work.

The United Arab Emirates (UAE) also demanded the scene’s removal. Its cut will likely be applied to the version played by theatres across the Middle East. Islamic sharia laws used in UAE’s criminal courts forbid all sexual relationships outside of heterosexual marriage. The region offers no LGBTQ rights and punishes same-sex relationships with floggings, imprisonments, fines, deportations, and death.

Sadly, other film distributors have similarly bowed to regional prejudices and cut LGBTQ content from films shown on overseas commercial airline flights. Delta Airlines cut same-sex love scenes from the queer female comedy Booksmart and the Elton John biopic Rocketman and only restored them after a queer outcry, never apologizing for their censorship.

For evangelicals, supporting Trump is now an article of faith. Literally.