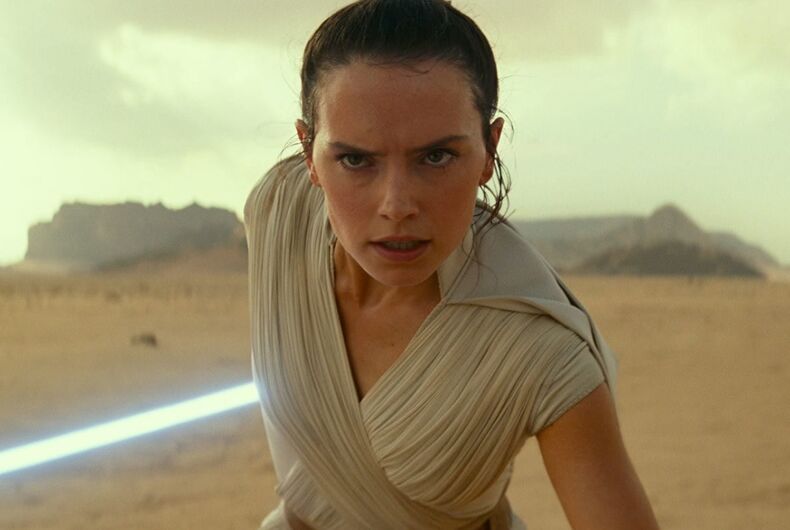 Audiences who have seen Star Wars: The Rise of Skywalker since it premiered Monday noticed something historic in the science fiction franchise: a same-sex kiss.

Two women who are a part of the Resistance share a kiss during a celebratory scene. The women are not major characters and the audience doesn’t learn much about them.

Related: The right can’t decide if Star Wars is pro-lesbian or pro-white propaganda

Before the film came out, some fans were hoping for a romance between Poe Dameron and Finn in the movie. Director J.J. Abrams, though, said in a press event that their “relationship to me is a far deeper one than a romantic one.”

But he said that representing reality and including diversity were important in making the film.

“And in the case of the LGBTQ community, it was important to me that people who go to see this movie feel that they’re being represented in the film,” he told Variety.