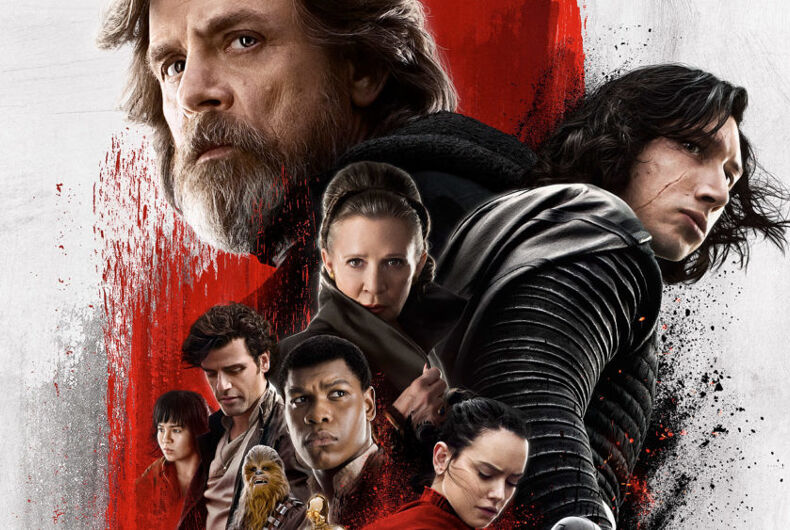 Jones said that his wife went to see it but he didn’t go because the other Star Wars movies “are so chock-full of political propaganda.”

When she got home, she said it was “total SJW,” or “social justice warrior,” something the right believes is an insult of the left.

There are no lesbian relationships in Star Wars – not even a lesbian character. He did not mention any other film with a purple-haired lesbian hero/boss.

Jones went on to compare Star Wars to “these shows where the Russians are our enemies,” which he argued are anti-Trump propaganda, apparently forgetting about the decades the US spent in the Cold War against the Soviet Union.

On the other side of the debate, popular rightwing YouTuber Stefan Molyneux argued that Star Wars is really about the decline of the white race.

“So Luke Skywalker has checked out of society—ha, isn’t that interesting? He’s a white male who’s checked out of society. And we see this all over the place with white males, right? I mean, they’re not happy. Neither is Luke Skywalker happy. He’s got this bitter, gristled, half-homeless kind of determination to survive another day but for no particular purpose other than to watch the slow extinguishing of his own possibilities and his own life.”

He said that the increased diversity of the Star Wars cast is the reason why the rebels lose more in this film.

“Why, now that the Star Wars universe is more diverse, do the Rebels keep losing? Well, because there’s kind of a truth in that.”

Molyneux also said that a battle scene involving Luke Skywalker is a metaphor for “the hatred directed at white males.”