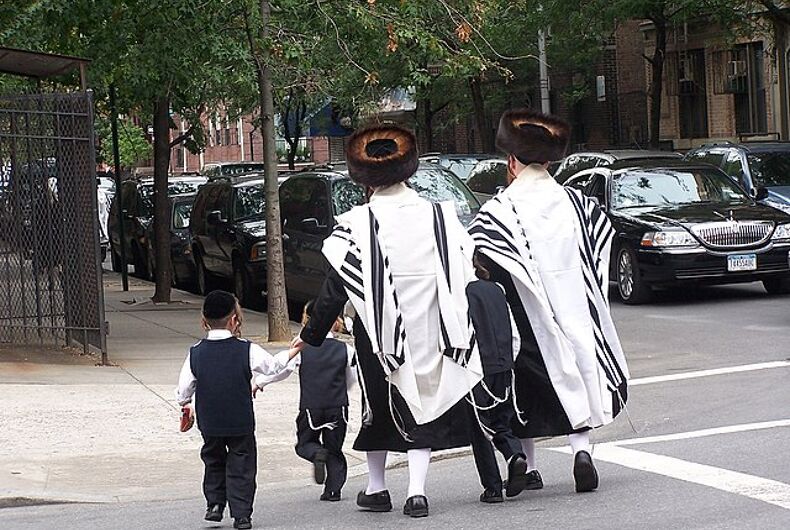 An appeals court in London has overturned a previous ruling that a transgender woman could only write to her children four times a year.

The woman, who has not been named in court documents, was a member of the North Manchester Haredi Ultra-Orthodox Jewish community. She was shunned when she divorced her wife and began transitioning in 2015.

Justice Peter Jackson ruled in February that her contact with her children would be limited to writing to them four times a year, over fears that any more contact could cause her children to be similarly shunned by the community.

That shunning could then lead to psychological harm, the judge argued, apparently ranking that above the harm caused by having one of their parents cut out of their lives altogether.

The children are aged between three and 13 years of age and do not know of her transgender status.

The Court of Appeals overturned the decision on Wednesday, sending the case back to the High Court.

“We suspect many reading this will find the outcome both surprising and disturbing, thinking to themselves, and we can understand why, how can this be so, how can this be right?” Sir James Munby, Lady Justice Arden and Lord Justice Singh wrote of the original decision in their ruling.

It noted that “the judge should have asked himself a number of pertinent questions before reaching his decision, including ‘How can the order give proper effect to the reality, whether the community likes it or not, that the father, whether transgender or not, is and always will be the children’s father and, as such, inescapably part of their lives, now, tomorrow and as long as they live?'”

“Even secluded religious communities within society are not above the law of the land,” they added.

“The best interests of these children seen in the medium to longer term is in more contact with their father if that can be achieved,” they continued.

“This decision is one that will be welcomed not just by LGBT individuals living within small religious groups, but by the LGBT community in general,” said a representative of the legal team representing the woman.

“It sends a clear message that no religious community can operate on their own island but must conform to the law of the land.”